The company has announced plans for a $63 million remodel of over 1,800 rooms and 150 suites. The company tasked with this project is HVS Design, and they stated in a press release that the remodel “will feature vibrant new designs and upgraded in-room amenities”.

In the simplest of terms, MGM wants to make the New York-New York, well… more New York-New York. So the remodel that they have in mind will include rooms with exposed faux brick walls, along with the addition of colors such as Big Apple Red and Taxicab Yellow.

The goal is not simply to bring more New York to the Las Vegas casino, but to do so in a subtle way. In fact, as additional benefit to the redesign will be to add some modern conveniences like USB power outlets and more closet space.

MGM President & COO Michael Neubecker added that “To embark on a remodel of our rooms and suites is the next step in keeping the resort fresh and giving guests new reasons to visit. Whether coming for business or pleasure, guests will find our new rooms offer a stylish and modern respite as they enjoy the excitement of Las Vegas.”

Of course, the decision to remodel New York-New York may have been inspired by all the other Las Vegas casino projects currently underway, even though this one is not as involved as some others. In fact, this project should be wrapped up fairly quickly, and estimates are it will be completed by the end of summer next year. 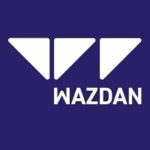 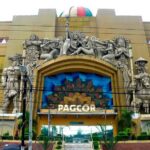