This week’s gambling news finds that the loosening of restrictions on Las Vegas casinos has several (MGM properties) making the decision to return to 24 hour, 7 day a week service. Meanwhile, the Virgin Las Vegas Hotel and Casino has set a new opening date, and even some Las Vegas shows are reopening with the expanding capacity limits. We also say goodbye to Full Tilt Poker, as PokerStars is closing the brand.


Hello, friends! Thanks so much for joining me on another edition of This Week in Gambling! And hey, couldn’t we all use some good news right about now? Well, it’s there… you just have to look for it. You might also have to squint your eyes really hard to see it.

Last week I told you that the Governor of Nevada had loosened the Coronavirus restrictions on casinos in his state, raising the maximum occupancy from 25% to 35%. Admittedly 10% doesn’t sound like a whole hell of a lot, but apparently 10% can make a hell of a difference! Several Las Vegas casinos, including Mandalay Bay, The Mirage, and Park MGM, have all announced that they are returning to 24 hour a day, seven day a week service. In addition to having more players in their casinos and more people in their hotel rooms, they credit this decision with improved travel and progress with the vaccinations.

Also, you may remember that the brand new Virgin Hotel Las Vegas was all set to open back in January, located where the old Hard Rock used to be. But, thanks to the pandemic, that too was delayed. Now however, with things starting to look up, the owners have set a new date for the grand opening, and they will welcome their first guests beginning March 25th.

And it’s not just the Las Vegas casinos and hotels, either. Restaurants are allowing more people to dine in, and some Las Vegas shows are reopening. All thanks to the increased capacity limits. Of course, brothels and strip clubs are still closed… so it’s not all good news. Among the first shows to reopen will be Fantasy and Carrot Top… both at the Luxor. And that’s just amazing to me! I mean, that people still pay to see Carrot Top.

I’m quite sure that many of you out there remember the Full Tilt Poker brand… maybe some of those memories aren’t so great. They were purchased by PokerStars shortly after the whole Black Friday fiasco, and now PokerStars has announced they’re retiring the brand. February 25th will be the official last day of operation for Full Tilt, so if you’re feeling somewhat nostalgic you could always just drop by and say goodbye .

Also this week, we have a brand new game review to share with you for a casino skill game: it’s the Pac-Man Cash Chase from Gamblit. Based on the arcade classic, this is a single person game where skill can determine prizes. It’s also a follow-up to their highly successful, multiplayer Pac-Man Battle Casino. You can find both of those game reviews, along with hundreds and hundreds more, when you visit our YouTube channel.

And finally this week, the Trump Plaza in Atlantic City was recently demolished. And while Mr. Trump could not attend the implosion himself, he did say the implosion was “Huge… Huge! Best implosion ever! Ask anyone! They’ll tell you!” 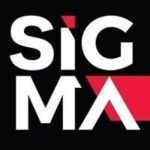