Resorts in Nevada just reopened in June. But now, new Las Vegas Coronavirus restrictions have been announced by Governor Stephen Sisolak. Additionally, some casinos are closing during the week due to a lack of tourists, while some Vegas attractions have been shut down permanently.

Hello players it’s thanksgiving week and we’ve got gambling news pouring out of our giblets over here with threats of yet another Las Vegas casino closure and that is this week’s big story.

When Nevada casinos reopened several months ago my major concern was that a second wave of COVID would hit causing more issues, more problems, and more Las Vegas Coronavirus and then closures. Then, wouldn’t you just know it… the second wave hit. Now with reported cases climbing every day in the state, the governor of Nevada has issued new mandates for casinos. They’re dropping their maximum occupancy from 50% all the way down to 25% but not closing them down completely… yet.

These occupancy restrictions will also apply to bars and restaurants and will remain in effect for a minimum of three weeks. The governor also issued a statewide mandate requiring everyone to wear a face mask. Operators like Caesars and MGM have already issued statements over the Governor’s new restrictions agreeing to follow them and comply with them completely… but I mean, what else are they going to do?

You see, at the same time that the Governor was making his announcement about the new casino restrictions he also sent a warning shot across the bows of these casinos… letting them know that if they did not comply with his Las Vegas Coronavirus directives there would be consequences… from the Nevada Gaming Control Board.

A few shows back I told you all about several casinos in Las Vegas that had made the decision to shut down during the week and only welcome guests over the weekends, because apparently it’s just not profitable to stay open Monday to Thursday in Las Vegas anymore! Park MGM, The Palazzo, The Encore, Planet Hollywood, and the LINQ all previously had decided to shut down for midweek operations. And now you can add the Mirage and Mandalay Bay to that list. So, what’s that? Like 20% of the strip now is only open on the weekend?

And while we wait for the other shoe to drop in Sin City, we have a brand new casino skill game to share with you for Secret Temple from our friends at GameCo. It’s an Egyptian themed match-3 game similar to Candy Crush with rich graphics and music. It offers players a skill based way to win big including progressive jackpots. You can watch this review and hundreds of others when you visit our YouTube channel.

And finally this week, the latest Las Vegas casualty due to Coronavirus has been announced: Cirque du Soleil says that their Zoomanity show at New York New York has been closed forever after an impressive 17-year run. Now none of the Cirque shows have been running since the pandemic began, but if things don’t get better soon… or God forbid they get worse… who knows what could happen.

Iwish the news were better this week but that’s all i have. I’ll leave you with one simple request, though: Let’s all try to find at least one thing this week that we’re truly thankful for. If so, I think we’re gonna get through this. Happy Thanksgiving, people 🙂 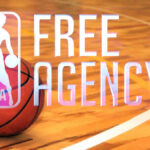 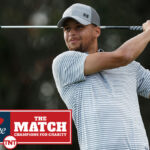