Clark County Department of Aviation officials confirmed Thursday that Harry Reid International Airport in Las Vegas has seen the largest flow of passengers in its history in October, with an estimated 5.2 million travelers having arrived or departed, shattering July’s record of 4.9 million.

By all accounts, 2022 has shown significant growth with the airport’s top five months by passenger volume occurring since June. Those months include October (5.2 million), July (4.9 million), September (4.8 million), June (4.7 million) and August (4.6 million).

Most of the passenger volume in October came from domestic carriers. A 19.8% increase in domestic passengers brought the monthly total to 4.8 million. The international passenger count rose 178.9% to 286,000.

“Serving more than 5 million passengers in a single month is a milestone achievement and is further evidence that Las Vegas remains among the most in-demand destinations in the world,” she said, and noted that the numbers are also a consequence of local people “choosing to travel at a high volume.”

Vassiliadis said that, in order to accommodate the extra vehicles and to enhance the airport customer experience, Reid International will begin a months-long project in early 2023 to increase public parking options in and near its garages.

October marked the first time passenger numbers exceeded 5 million. But the record month for airline passengers also accompanies another tourism all-time high for the City of Las Vegas. In October, those visiting Sin City paid record amounts for hotels, according to data from the Las Vegas Convention and Visitors Authority. 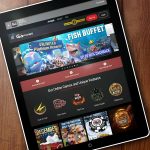 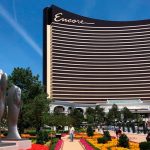