League One served up a thrilling title race last season as Hull City and Peterborough fought it out until gameweek 45 to secure top spot in the third tier.

With several fallen giants set to slog it out at this level in 2021/22, could we be in for another epic promotion battle in the upcoming season?

Three is a magic number… but not for Sunderland fans.

The Black Cats failed to win promotion at the third time of asking last season, but their unwanted familiarity with competing at this level sees them installed as early 33/5 favourites to get over the line four years on from the shock of a double relegation.

However, they aren’t the only high-profile outfit looking to make an overdue comeback in the campaign ahead.

Ipswich Town (37/4) could be the ones to watch now Paul Cook has had a full pre-season under his belt to knit together the squad he requires to achieve his fourth promotion as an EFL manager – all with different clubs. A chronic lack of goals killed off the Tractor Boys’ promotion ambitions last season. Cook has moved early to rectify that with the loan signing of Macauley Bonne from QPR.

Crisis club Sheffield Wednesday are an 41/5 shot to return to the EFL Championship at the first attempt. While chaos still reigns off the field at Hillsborough, the calming influence of Darren Moore in the dugout could have a galvanising effect provided he has the tools to put a competitive squad together this summer.

The patient Portsmouth board opted for continuity this summer, handing Danny Cowley a full pre-season to stamp his ideas on a squad that notably wilted in the final stages of last year’s play-off battle.

The 42-year-old hasn’t wasted any time in the transfer market, reinforcing his team’s spine by snapping up experienced Championship duo Ryan Tunnicliffe and Shaun Williams on free transfers. It’s 43/4 in the League One outright betting for Cowley to add a second EFL title to his trophy cabinet after League Two success with Lincoln City in 2018/19.

Speaking of the Imps, they fell at the final hurdle at Wembley last season as Blackpool battled back from behind to edge their play-off final battle 2-1.

Their best business this summer might just be keeping hold of the highly-rated Michael Appleton and they are 53/4 to make amends with a title charge in 2021/22.

It was all change at Charlton Athletic late last season as Lee Bowyer made a surprise departure from the club to re-join former side Birmingham City.

Addicks’ chairman and part-time rocker Thomas Sandgaard belied his eccentric streak to play things safe with the appointment of Nigel Adkins, a man who knows more than a thing or two about negotiating a promotion bid from this division.

The former Hull boss has moved quickly to secure Jayden Stockley up front on a permanent basis after a promising loan spell with the club last season.

Rotherham Utd are promotion specialists from this division, but they often do things the hard way. Two of their last four promotions have been via the play-offs and Paul Warne may have to play the long game again after a slow start to the summer on the recruitment front for the Millers.

Could it be third time lucky for Oxford Utd?

Karl Robinson’s side suffered narrow play-off near-misses in both 2019/20 and 2020/21 but have made some encouraging early moves including Marcus McGuane on a full-time basis after his successful loan stint last term.

Finally, Wigan Athletic and Bolton Wanderers could provide dark horse potential after both coming back from the brink in recent times.

Both have momentum on their side coming into the new campaign after encouraging ends to last season and early transfer activity suggests they may be aiming higher than mere consolidation this time around.

They won promotion against all odds last season.

Can Morecambe make even more waves in League One without the man who made it happen? With Derek Adams departing to Bradford City in the wake of the Shrimps’ League Two play-off win, Stephen Robinson is the man who has been handed the daunting task of building on that unexpected success.

The 46-year-old’s only previous stint in an EFL dugout ended with the sack after just six months at Oldham, but he won admirers during an impressive three-year stint with Motherwell prior to his arrival in Lancashire.

Cambridge Utd are another promoted side in unfamiliar waters. It’s almost 20 years since the Us last competed at this level and their survival bid has been dealt an early blow by the free transfer exit of last season’s 32-goal hitman Paul Mullin.

That all suggests Cheltenham Town could be the best placed of the three promoted clubs to survive under the astute guidance of Michael Duff after a confident finish secured them a first ever Football League title in 2020/21.

Perennial strugglers AFC Wimbledon will once again be the team the newboys feel most confident about reeling into the mix, but a packed-out Plough Lane may just bring the feelgood factor to south-west London as the fans return in numbers to the club’s spiritual home.

Here are the League 1 opening day fixtures in full (all 15:00 unless stated)… 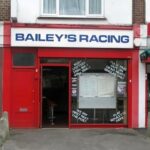