Strap yourselves in, the new League Two season is almost here… and once again it’s a division that looks anyone’s for the taking.

The unapologetically ambitious Salford City (6/1) once again top the betting after entrusting the experienced Gary Bowyer with a title tilt, but this league is renowned for throwing up surprise promotion candidates… Morecambe anyone?

Managerial instability has thrown a spanner in the works of the Ammies’ previous attempts to escape this division, but Gary Neville and co may have just hit upon the right man to help them scale new heights in the Football League.

The understated former Blackpool boss has a wealth of experience of this level after guiding the Tangerines to promotion via the play-offs four years ago, and can call on plenty of favours in the transfer market after spells across all three EFL divisions.

They’ve already pulled off a minor coup in getting the hugely experienced Josh Morris to drop back to League Two level following his time with Fleetwood, while Oldham’s 21-goal hitman from last season, Conor McAleny, should give them the clinical edge occasionally lacking up top in 2020/21.

A ‘Hail Mary’ spring managerial change failed to pay dividends for Bristol Rovers last season as they dropped out of League One for the first time in five seasons.

The Gas will be hoping a full pre-season for a fired-up Joey Barton will pay dividends as he looks to add a first promotion to his CV after coming up short as a firefighter in the last campaign. They are 10/1 second-favourites to shine in a division they’ve rarely frequented for long in the last two decades.

Experience seems to be the watchword when it comes to League Two managers in 2021/22, which could explain why both Mansfield (10/1) and Leyton Orient (16/1) are attracting plenty of early buzz.

Nigel Clough and Kenny Jackett have managed almost 1,500 games between them in the EFL and might provide the steady whip-hand needed to fire two ambitious clubs into the heart of the promotion battle.

Is this the year sleeping giants Bradford City (12/1) finally start to awake from their two-year slumber.

The Bantams have flattered to deceive since dropping back down to this level in 2019/20 but have taken affirmative action this summer in preparation for an assault on promotion.

Mark Travers and Connor Sellars were asked to step aside to accommodate the arrival of the experienced (and uncompromising) Derek Adams following his outstanding two-year stint with Morecambe.

Forest Green were well backed for the title at the start of last season but have been chalked up at an eye-catching 14/1 in the early League Two outright betting.

That might be a reflection on Dale Vince’s bold move in appointing a managerial rookie in Rob Edwards to mastermind a promotion challenge. Provided he can flourish in a senior set-up, the former Welsh international has some impeccable coaching credentials to lean on, having been heavily involved with the England youth set-up since 2019.

Tranmere Rovers have gone back to the future with their latest managerial appointment, but the re-appointment of Micky Mellon could be a shrewd appointment with many of their likely play-off rivals struggling to fill their vacancies.

Relegated duo Rochdale and Swindon Town both have coaching roles to fill with players already back in pre-season training, which could make the Prenton Park outfit the most tempting of the pack of mid-range shots currently priced at 16/1.

The Cumbrians have been busy in the transfer market after last season’s relegation fight and have snapped up a manager with consistent top-half pedigree in this division in Mark Cooper following his departure from Forest Green.

It’s not often a newly-promoted side lasts just one full campaign in the EFL. Both Barrow and Harrogate did enough to tread a path to safety last season, and no team in the ‘League Two’ era has ever made an instant return to the National League.

That suggests the feelgood factor could propel both Sutton Utd and Hartlepool Utd to hassle-free campaigns, while possibly giving the likes of Scunthorpe Utd and Oldham Athletic cause for concern after both treaded water in the fourth tier last season. They also have transfer embargoes to contend with this summer, something that could also lurch Swindon Town towards danger.

Big improvements will also be expected at Colchester Utd and Walsall after they both showed signs of going backwards in 2020/21.

Both have taken a punt on enthusiasm in turning to first-time managers in Hayden Mullins and Matty Taylor, but in a post-pandemic financial climate, patience could be in short supply should either get off to a rocky start.

Here are the League Two opening day fixtures in full (all 15:00)… 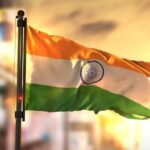 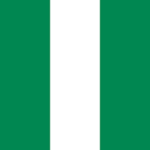