LeoVegas Group announced Tuesday it has entered a global partnership deal with Italian Serie A Club FC Internazionale Milano for the 2022/2023 season. Under the terms of the deal, LeoVegas will become the regional betting partner of Inter in Europe and the Americas.

The partnership is key in strengthening the group’s offering and visibility in sports betting, the company indicated in an official release. This will be achieved, for instance, through virtual advertising on their sideline boards during matches in Europe and the Americas. Additionally, LeoVegas customers will have access to exclusive digital content and opportunities to participate in co-branded activities such as competitions.

CEO Gustaf Hagman expressed it is “an important step” in the company’s strategy to accelerate global brand visibility in sports betting. “I look forward to offering LeoVegas customers worldwide ‘Nerazzurri’ insights: we are proud to be partnering with such an iconic club,” he noted.

Inter is one of Italy’s most successful football clubs with 19 Serie A titles and 3 European Cup/Champions League titles. Based in Milan, Inter is a global brand with about 48 million followers on social media platforms.

The average stadium attendance is 65,000, while Serie A is broadcast in more than 200 countries. According to LeoVegas, the partnership is “a great opportunity to reach audiences around the world,” and supports the group’s ambition to launch LeoVegas globally “as a provider of the greatest iGaming experience for both casino and sports gaming.” 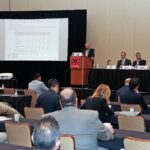 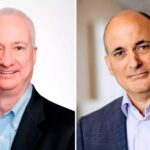