Mido Lotto, a lottery app that offers customers the possibility to order tickets from a smartphone and launched two years ago, is targeting expansion in the US. Currently available in seven states, the app is expected to hit the 10-state milestone in Q3 2022.

Rich Wheeler, President of Mido Lotto, said: “As we continue our expansion, we’re excited to help State Lotteries generate incremental returns to beneficiaries by attracting young busy professionals who may not play Lottery draw games such as Mega Millions or Powerball otherwise.”

“Since draw games are the most socially responsible and profitable games for beneficiaries, State Lotteries’ give-back efforts have more funding to fuel their good cause contributions benefiting local residents. And we offer the most convenient and safest way for busy people who want to order a Lottery ticket on the go,” he added.

Mido Lotto describes itself as the highest-rated transactional Lottery app in the Apple iTunes Store with over twenty-five thousand five-star reviews. The Silicon Valley-born tech company Lottery Now, owner of the product, released a glimpse into “who is using the app and how,” as it expands across the U.S.:

Mido Lotto works as an intermediary allowing customers to order official State Lottery draw-game tickets from their smartphones. Tickets for every order placed are purchased from officially licensed lottery retailers in compliance with state law and are managed in the app, Lottery Now says. 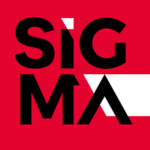