A trial regarding a cross-border illegal gambling syndicate allegedly linked to former Suncity Group Holdings CEO Alvin Chau -accused of more than 200 charges- is still ongoing in Macau, with separate trials also being conducted in mainland China. Latest developments have seen a total of 36 individuals all found guilty by an intermediate court in Zhenjiang province’s Wenzhou on Friday, receiving imprisonment of up to 7 years and a half.

According to local media reports, the cross-border illegal gambling syndicate, allegedly headed by Chau, had conducted illicit cross-border payments and transactions worth about RMB1.16 billion ($163.5 million) over the years that “severely disrupted the order of the financial market” in Mainland China and profiteered over RMB17 million ($2.38 million).

Chau is not among the 36 defendants in the three cases handled by the Wenzhou court, notes Macau Business. The former junket boss faces charges of illicit gambling activities, criminal syndicate, fraud, and money laundering in a separate trial in Macau that began on September 19, following his detention in the city last November.

The 36 defendants in the three cases were found to commit the crimes of “opening casinos and illegal business operations” in the mainland by the Wenzhou court on Friday, following a series of hearings between August 10-12 August, Chinese state-owned broadcaster CCTV reported.

According to the report, aside from jail terms which varied from one year and three months to seven years and a half, fines were also imposed on the 36 accused ranging from RMB 50,000 ($7026) to RMB 3 million ($421,585). Of the defendants, 35 accepted the verdict while one will appeal, the report added.

“The amount of money involved in these cases is particularly huge, and [the syndicate] has severely disrupted the social order of the country,” the Wenzhou court was quoted as saying, as reported by the above-mentioned media.

According to the verdict cited by CCTV, Chau’s syndicate had set up online gambling platforms based in the Philippines and other places since 2015, and organized trips as well as providing services for mainlanders to gamble in Macau or participate in online gambling.

Through the asset management firms established by the syndicate on the mainland, as well as underground banks, the syndicate offered cross-border money exchange and settlement services for mainland gamblers and collected gambling debts, the verdict further said, according to Macau Business.

Along with Chau in the separate Macau case are a total of 21 defendants indicted for illicit gambling activities, involvement in a criminal syndicate, fraud, and money laundering, allegedly causing the Macau SAR government a loss of HK$8.2 billion (US$1 billion) in gaming tax revenue between March 2013 and March 2021, as well as losses for the city’s gaming operators.

On Friday, Zhang Ningning, also known as Cheung Ling Ling, received and accepted an imprisonment term of seven years and a fine of RMB 800,000 ($112, 422), CCTV said. NingNing is one of the defendants alongside Chau. Pang Kexun, also one of the 21 defendants in Macau, was also found guilty in the Wenzhou case, but the report did not specify his exact sentence. 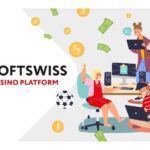