According to data released by the Gaming Inspection and Coordination Bureau, Macau has seen yet another month of slowdown, with gaming revenue falling 49.6%, as China’s snap lockdowns to control Covid-19 outbreaks discouraged tourists from visiting the gambling hub. Gross gaming revenue dropped to 2.96 billion patacas ($366 million), which was in line with the median analyst estimate of a 50% year-over-year decline, extending a slump that started in March.

As reported by Bloomberg, revenue rose 35% from the previous month, but it was still down 87% from pre-pandemic levels in 2019. The city continues to face obstacles that hinder its reactivation due to the ongoing lockdown restrictions that the Mainland continues to impose to fight Covid, which seek to contain flareups building ahead of this month’s Party Congress, where President Xi Jinping is expected to secure a third term in power. While some of the recent shutdowns have been relatively short, like Chengdu’s which endured two weeks, others have lasted for 40 days or more.

Additionally, Macau’s six casino operators are also facing uncertainty around licensing. Their permits to operate in the only part of China where gambling is legal will expire at the end of the year. They are also competing with a newcomer, Malaysia’s Genting Group, for a maximum of six new licenses. The Macau government is expected to announce winning bidders by December.

Last week, shares in casino operators soared up to 13% after Chief Executive Ho Iat Seng announced that China would resume an e-visa scheme for mainland travelers and permit group tours, signaling a potential path to recovery. Macau’s neighboring mainland province of Guangdong will be the first to resume group tours to the enclave, followed by Shanghai, Zhejiang, Jiangsu, and Fujian. The expectation is that under the new measures daily visitation could reach 40,000 after the travel easing is implemented, compared with under 11,000 in August.

Before the pandemic, around 70% of Macau’s visitors came from the mainland. The five Chinese regions that would kick-start the visa resumption policy accounted for 40% of Macau’s visitors in 2019, according to Goldman Sachs. That could potentially bring casino operators back into the black, after suffering losses in the past couple of years.

According to Bloomberg, October may also see an increase in tourism during China’s week-long National Day holiday, with analysts estimating just a 9% fall in Macau gaming revenue for the month. Still, it’s uncertain how many Chinese will take trips during the period, with authorities urging residents to stay put.

Heavy debt, built up during the lean years when revenue evaporated, is another continuing drag. Net debt for the sector is now four times pre-Covid levels, according to Morgan Stanley. The Bloomberg Intelligence index of Macau’s six casino operators rose about 9% in September, compared with a 14% fall in the Hang Seng Index. 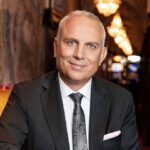 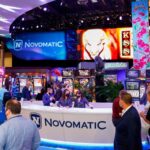