acau casino operators expect to see Q3 profits slump to $62 million in earnings before interest tax, depreciation and amortization according to a Bloomberg survey of estimates from eight brokerages.

According to the publication, analysts forecast that the latest quarter would be the worst in the fiscal year so far, with the industry’s profit estimate plunging from $414 million. The industry profit estimate is down 97% from pre-pandemic levels in 2019. Last quarter, it was 83% lower than before Covid-19.

SJM Holdings Ltd will likely post negative Ebitda for a seventh consecutive quarter, and MGM China Holdings is expected to swing back to a loss after three quarters of profits.

The COVID-19 Delta variant, which caused flare ups in the territory, led to the government’s proposal to tighten its preventive measures. This had an impact on tourism and gaming, which is the cornerstone of the area’s economy.

After more than a year of travel resumption with mainland China, the city has faced new border restrictions after a resurgence of local clusters in late September. Beijing and Hong Kong require quarantine for people traveling from Macau. The gaming hub also has similar entry requirements from arrivals from Hong Kong and parts of China.

Bloomberg Intelligence analysts led by Angela Hanlee said in an October 11 note that “sharp deterioration of visitor arrivals during the October Golden Week holiday is unlikely to end soon”. This could have a major impact in gaming revenue in the fourth quarter, as arrivals from mainland China fell 94% year-on-year during the holiday.

The proposed changes to the gambling law announced in September triggered a record sell-off of gaming stocks, reaching $18 billion in combined market value in just one day. It has also raised questions about the city’s future as a global gambling epicenter. A 45-day consultation period on the proposal ends October 29.

MGM’s CEO Bill Hornbuckle spoke about the possibility of these measures affecting Macau properties’ figures during an interview with Yahoo Finance and said the Gaming Inspection and Coordination Bureau (DICJ) oversees operators and officials are present at its two locations, MGM Macau and MGM Cotai.

However, recent regulatory actions taken against other industries, including video gaming and private tutoring companies, have raised fears the Chinese leaders are looking to exert greater state control over daily operations as President Xi Jinping preaches the need for “common prosperity”, prioritizing social obligations over profits.

It is the latest move in China’s push for Macau to diversify its economy away from gambling. More scrutiny also stands to further deter VIP bettors, a prime target of Beijing’s crackdown on money laundering and capital outflows, from visiting the enclave.

“I’m not and we’re not overreacting to what is being hyped or said. We are hoping rational minds control in the end because this is the Macau economy”, Hornbuckle said. 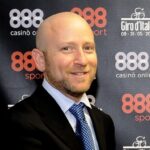