MERKUR Gaming participated in the second gaming show to be held in Kyiv, Ukraine, in just a six-month timespan. While the latest edition of the Gaming Industry Exhibition, held at Kyiv’s International Exhibition Centre, November 24-26, failed to attract its usual visitor numbers, the gaming company celebrated the expo’s upsurge in top-level attendees.

“Visitor quality exceeds quantity in Kiev,” the Gauselmann Group subsidiary described the event, which featured executive-level attendees from the industry. MERKUR Gaming was a major exhibitor at the event, the second held in 2021.

The company aimed at bringing its “top-level brand status and its position as an international market leader” by displaying its portfolio of latest products, which it is offering to the rapidly-expanding Ukrainian gaming market.

“This second running of Gaming Industry Expo 2021 has undoubtedly been a success,” said Athanasios “Sakis” Isaakidis, Chief Executive, International, of MERKUR. “Not in terms of overall visitor numbers, certainly, but most definitely in terms of our positive outlook regarding future market developments – a process that is clearly continuing to gather speed – and the very satisfactory regard in which our brand has already been recognized and accepted here.”

The CEO further said the company is committed to a series of installations on Ukraine’s gaming floors, which he expects to take place “very soon.” Isaakidis also said he “firmly believes” that MERKUR will see an instant acceptance of its games from Ukrainian players.

MERKUR’s booth at the expo presented the company’s latest developments in games, cabinets and solutions, plus a multigame collection presented entirely in Ukrainian language, among other offerings. The booth was “an instant attraction” for top-level visitors and the scene of many “exciting and forward-looking” negotiations, according to a press release.

“The welcome that we have received here at the show has been warm and very welcoming,” Isaakidis continued. “MERKUR Gaming has already publicly pledged its full support for the re-establishment of fully legal gaming in Ukraine and our support has been welcomed fully right up to the highest levels of this country’s administration.”

The country has experienced a series of policy changes regarding gambling over the last decades. While in 2009 the Verkhovna Rada (Parliament) banned gambling in Ukraine, in 2020 a new law was adopted, allowing for legal gaming once again. MERKUR sees an opportunity in this regulated market.

“What I believe that we have demonstrated here, and will continue to demonstrate across the country, is the fulfillment of our guarantee of performance that we will continue to build on and expand,” Isaakidis concluded. “This was perhaps not the best-attended show we have ever seen, but its results demonstrate that, in business terms, it has really been one of the best!” 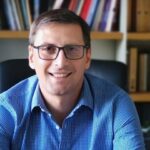 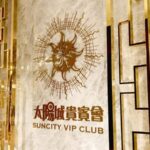