he president of the Association of Licensees, Operators and Suppliers of the Entertainment and Gaming Industry in Mexico (AIEJA), Miguel Ángel Ochoa Sánchez, reviewed with Yogonet how the process of reopening the casinos in his country is being developed.

Do you have a record of how many casinos are operating?

So far, 374 casinos of the 384 that were in operation in March 2020 have officially reopened. This means that 97.40% of the market has reopened, although there’s still a risk of having to close again in case infections increase.

Is the ban on gambling halls still being enforced in any state?

Of the 29 states that have casinos, 27 have allowed their reopening. The authorities of Baja California Sur, a state that has six casinos, established the closure in March 2020 and has so far made no progress in moving forward with the reopening, despite the numerous efforts that the associations and permit holders have carried out. Campeche, a state that also has six casinos in operation, recently decided to temporarily close the gaming halls again due to a substantial increase in cases. It should be pointed out, that in the last year, eight new gaming halls that already had permits and were pending, have opened.

Which is the jurisdiction with the lowest working-time range and percentage of capacity, and which are the most flexible?

At the federal level, Mexico has implemented a Sanitary Traffic Light system, but at the same time respects the sovereignty of the states, which have their own traffic light, closer to the people and their reality. The municipalities also have a say in occupancy capacity and schedules.

Baja California Sur and Campeche have their casinos closed. The states of Coahuila, Oaxaca, and Tlaxcala do not have casinos.

With regard to schedules, fine monitoring is a bit more complex, since municipalities can, depending on activities, extend or reduce operating hours, but it ranges from being open until 8 p.m. (for the most restrictive, such as Colima and Tabasco, for example) and open 24 hours a day, as in the case of Baja California. The average is between 12 am and 2 am.

How are you managing vaccines in Mexico? Do companies have the possibility to participate in the vaccination campaign? When do the authorities estimate that the population’s vaccination schedule will be completed?

Mexico has 129 million inhabitants of which we could consider that 40 million are under 18 years of age, a group that very recently has also become candidates for the vaccine. Practically all those who have wished to be vaccinated, have been: those over 60 years old; almost the entire population segment between 50 and 59 years old; the 40-49-year-old is well advanced and in some states, it has also started with the population between 30 and 39 years old. It is estimated that by October almost all of the population that has wanted to receive the vaccine will have received it. Vaccination is not mandatory.

For the time being, companies cannot buy vaccines on their own to apply them to their customers and employees. So far, the vaccination process has completely fallen on the federal health authorities and has been free of charge to the people.

The Secretary of Interior, Olga Sánchez Cordero, expressed the intention of submitting a bill for a new Gaming Law to the Mexican Congress. What do you know about this initiative? Do you think it will be implemented this year?

I am not entirely sure that the issue of the new Federal Law on Games and Raffles, supported and promoted by the Ministry of the Interior, will be approved in the next regular period of sessions, which begins on September 1 and ends on December 15. This is due to two reasons: first, we have a new Congress and a Chamber of Deputies, which does not have a majority that controls the government; secondly, I feel that there is still not sufficient consensus from the entire sector regarding the project. If there is any possibility that a project can finally be carried out in Mexico, it would most likely occur during the period I mentioned.

Were gambling entrepreneurs able to access tax breaks or low-rate credits to recover from the crisis caused by the pandemic and its restrictions?

Many gambling entrepreneurs had to apply for some type of credit, of which interest rates were not that high, but at the end of the day, it was the only way to survive because there were practically no financial incentives from the government. Yes, operating costs such as rent, electricity, water, telephone, technology, and salaries had to be covered, although these latter ones were not 100% covered.

Which areas of work is the AIEJA focusing on?

In the remainder of the year and in the midst of the challenges we are facing, the main task that will occupy our agenda will be to continue interacting with the state and federal health authorities so that, to the extent possible and progressively, we may increase occupancy capacity and hours of operation.

Additionally, we will continue to promote the reform that allows a new Federal Gaming Law, an old dream of ours. As I mentioned before, the next session will begin in September and we hope that the Ministry of the Interior, which promoted this initiative, will invite the main players in the industry to join and convince the Legislative Branch of the urgency of modernizing the current legal framework. 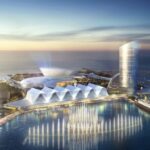 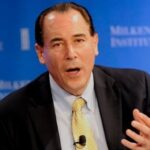