icrogaming has announced that it will be adding twelve new slot titles throughout the month of May.

Triple Edge Studios is set to release Ancient Fortunes: Poseidon Megaways on May 25. A video slot game that provides anything up to 117,645 ways to win on each spin, with the fun of Rolling Reels. Featuring infinite multipliers in the free spins mode, and a ‘Collect Pot’ mechanic that leads to the Pick Bonus and a jackpot. The game Poseidon features the Greek god of the sea, an ill-tempered deity who fiercely guards his vast underwater treasure hoard. Players can lay their hands on Poseidon’s treasure via a minimum of 12 free spins, volcano retriggers, and those infinite multipliers.

On May 20, Goin Cold studios will release its new video slot Silver Seas, which features a pirate booty. Players land silver coin symbols on the reels for prizes, and the more they get, the bigger the payout, up to 2,000x the stake. There’s also a Free Spins Wheel that offers the chance to win up to 30 free spins, plus a 3x multiplier. The reels are decorated with cannons, cutlasses, doubloons, and bottles of rum.

All41 Studios will be releasing on May 18 its new slot game Joyful Joker Megaways. Traditional slot symbols including fruit, bells, lucky horseshoes, and the aforementioned joker are all enhanced by the Megaways and Rolling Reels mechanics. Meanwhile, Joker Spins activate randomly on any winning base game spin, where a bonus wheel can award multipliers of anything between 2x and 10x. The free spins feature offers unlimited free spins, complete with an expanding multiplier which increases with each Rolling Reels win.

Spin Games will be launching its new video slot Atlantis Rising, which is set in the underwater city of legend, on May 11. The slot features Rising Wilds, Wild Blasts, and free spins. When a compass symbol lands behind a Rising Wild all adjacent positions turn wild, forming a Wild Blast. In the free spins pick bonus game, players select bubbles until no picks remain. Each bubble can reveal between one and five free spins or two to three additional picks.

Alchemy Gaming has released on May 6 an Arabian-themed slot, 10,000 Wishes. The game features a Wheel Bonus offering a jackpot of up to 10,000x the stake. Landing three or more Power Wheel scatter symbols triggers the Power Spins feature, where the reels are filled with giant symbols for bigger payouts. Power Spins mode is also where the Wheel Bonus can be activated. Players are guaranteed to win one of four fixed jackpots: Mega (10,000x), Major (500x), Minor (50x), and Mini (15x).

Just For the Win released on May 4 its safari-style casino action, Serengeti Gold. The game features Africa’s ‘Big Five’, the lions, leopards, rhinos, elephants, and African buffalos, as the stars of the show. The game features Hyperhold respins, Static Jackpots, and free spins with multipliers. Six or more bonus symbols will trigger three Hyperhold respins. The triggering symbols are locked in position, while only new bonus symbols can land during the feature. These offer anything from 1x to 20x multipliers to jackpots. Filling all positions triggers the big one, the 2,500x Mega jackpot.

Mega Moolah Goddess, set to be released on May 13, is an Ancient Egypt-themed slot connected to Microgaming’s Mega Moolah progressive jackpot. Three scatters transport players to the jackpot wheel, where they can experience the thrill of a chance of winning a massive prize. The wheel offers a shot at one of four jackpots: Mini, Minor, Major, and Mega. And Mega means Mega, with the progressive prize pot seeding at €1 million, frequently paying out seven and eight-figure sums.

Big Time Gaming (BTG) will be releasing a double-game system, King of Cats, which lets players choose either the Lion game or the Puma game.

Meanwhile, Golden Rock Studios will be launching its new Incan-themed slot, Book of Inti, which references Inti, the sun god, who was worshipped as the patron deity of the Incan Empire.

And lastly, from Spanish developer MGA Games, Risitas en Gansters will launch on May 24. The slot features a mobbed-up comic that stars real-life Spanish internet sensation El Risitas, a comedian who became world-famous for his infectious giggling. 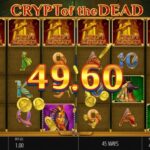