icrogaming is releasing content coming from both independent studios and content partners, due to go live this month.

Maya U MAX (3 June) from Gong Gaming Technologies U MAX symbol enlarges the reels to provide a range of winning opportunities, along with up to 248,832 ways during free spins.

With Odin’s Riches (8 June), players have a chance to trigger Odin’s Wilds during the base game when between four and nine wild symbols are placed randomly on the reels to increase the chance of a win on that spin.

Temple of Medusa (15 June) from All41 Studios includes spreading wilds, where the titular character’s visage represents the wild symbol that lands on reels two, three, and four and randomly spreads wilds to any adjacent reels to increase the chances to win.

In Immortal Romance Mega Moolah (24 June), the jackpot wheel is triggered randomly during the base game and offers the chance to win one of four jackpots: Mini, Minor, Major, and Mega.

Blazing Mammoth (30 June) was developed by PearFiction Studios. Players can win up to 2,000 x their bet by collecting the Mammoth symbols when they land on the reels in both the base game and free spins. Players will also get the chance to spin the Free Spins Wheel when triggered, where between 10 and 30 free spins are awarded at either a 2X or 3X multiplier.

Some electric slots will also join the Microgaming platform this month, adding content to the supplier´s platform. Players can visit Mount Cashmore Dairy Farm in Beef Lightning by Big Time Gaming. Players can also raise cows in the base game and then sell them using the Cow Auction Multiplier after landing three scatters to spell “MOO” on the reels.

The Dream Machine (29 June) by Golden Rock Studios allows players to enter a world of magic with expanding reels, mystery symbols, random wilds, and seven bonus rounds. Astro Newts Megaways (2 June) from Iron Dog Studio includes multipliers, locked reels, and up to 235,298 ways to win. Valhalla Gold will be released on 7 June from 2by2 Gaming. 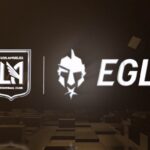 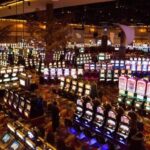