The Minnesota House has approved sports betting after voting Thursday night to pass a bill on a 70-57 vote, making it the furthest that legalization has gotten in the state. However, the odds of a bill becoming law this year might not be the best: the proposal is running out of time in the state Senate, with the legislative session ending May 23.

The House bill legalizes wagering through casinos owned by the state’s 11 federally recognized Native American tribes. Passage of any legislation would mark the most significant change in gaming law in 40 years.

Specifically, of the state revenue delivered by sports gaming, half would go to addiction treatment and the other half to a fund run by the Minnesota Amateur Sports Commission. In that account, 20% would go to promoting the integrity of amateur sports, and the remaining 80% would support youth sports in areas experiencing a high rate of juvenile crime.

Sports betting would be permitted both on a retail basis and through mobile apps. The Minnesota Indian Gaming Association, which represents the tribes, has shown its support for the bill. But the proposal isn’t receiving the same backing in the Senate, with Majority Leader Jeremy Miller stating sports betting is “running out of time.”

“There’s no support in the Senate to do sports betting for tribal casinos only,” Miller-R-Winona, told reporters this week, according to Fox 9. “That’s what the House bill does.” Some Republican senators favor expanding access to racetracks and other venues, while other lawmakers oppose any expansion of gambling at all.

State Rep. Zack Stephenson, DFL-Coon Rapids, the House bill’s author, said measure backers are going to keep trying and “keep pushing all the way to the end on that issue.” According to him, sports betting legalization isn’t so much an expansion but a way to turn an existing black market into a regulated one in which the state can tax the activity and bettors find safeguards.

Minnesota’s tribes long opposed legalization until this year, with Stephenson’s bill promising them exclusivity over the market. Supporters in the Senate tried a last-minute move this week to bring a sports betting bill up for a vote, but Republicans ruled the effort out of order as unrelated to a tax bill that sports betting supporters tried to attach it to, further reports Fox 9.

However, it seems unlikely a plan without racetracks included could win Republicans in the Senate over. “When it comes to sports betting, we need those stakeholders to continue to have discussions. It cannot be one-sided,” Miller further told local media, according to CBS Minnesota. “I know it wouldn’t pass the Senate.”

For Stephenson and his allies, legalizing sports betting would also be a way for Minnesota to prevent gaming dollars from escaping to neighboring states: all of them have legalized it in some way. “No one from Minnesota should have to go to Iowa to have fun,” said the Rep. “We should have the ability to do this safely, legally and with guard rails here in Minnesota.”

The Senate has its own bill for sports betting, but it hasn’t moved forward since it first surfaced. In addition to expanding gambling to racetracks and pro sports teams as well, it would tax operators at a 9.85% rate, slightly lower than the 10% rate in the House bill. The tribes are against this proposal.

But for sports betting to become a reality this session, the House and Senate would have to come to an agreement and pass the same bill by May 23, a deadline only 10 days away. While Gov. Tim Walz (D) said he supports sports betting, he has also stated he won’t sign anything state tribes don’t back.

That means that unless the Senate agrees to the tribal monopoly that it has long opposed, or tribes change their mind on the Senate proposition that sports gaming be expanded to other stakeholders, sports betting most likely won’t be legal this year. 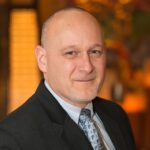