It’s getting to crunch time in the basketball betting season as teams who are after the last remaining playoff spots, such as the Chicago Bulls and Golden State warriors, try to do what they can. The Bulls meet the Warriors tonight at the Oracle Arena in California. And all eyes on will be on whether or not the Warriors get back their star performer for the game, Steph Curry.

Both teams need a bit of a jolt, as they’ve been struggling of late. The Bulls, who have been one of the NBA’s more pleasant surprises for much of the year, have hit a rough stretch, losing three straight in blowout fashion and five of their last six overall. That has dropped them down to 19-25 overall, which puts them 10th in the East, just on the edge of the postseason picture.

Interestingly enough, the Warriors occupy a similar spot in the West, as they’re also 10th. The Warriors have the better overall record at 22-24. But they’ve also fallen into a slump lately with four straight losses, all of which have come without their superstar on the floor.

As we mentioned, all eyes are on Steph Curry and his possible return from a freak tailbone injury. It’s definitely a situation that might remain up in the air until game time:

Give us your thought Bulls Nation

If you’re going to bet this one, you should have your eye on the news all day long up until the late West Coast starting time (latest update with about four hours or so to game time is that Curry is planning on suiting up.) As you saw above, I like Chicago, and that’s assuming even that Curry will play. But don’t be surprised if the line changes if he should get in there, which would mean you might be able to get more favorable odds on the Bulls later on.

Chicago’s own star performer, Zach LaVine, is nursing an ankle injury, but he hasn’t missed a contest, and it doesn’t appear that he’ll miss this one. Same goes for Lauri Markkanen, also listed as day-to-day but likely to be in the lineup tonight. And it seems likely that former Celtic Daniel Theis will make his Bull debut tonight, although that hasn’t yet been confirmed.

The fact that the Bulls were buyers in the trade deadline market speaks to how badly they want to make a playoff splash this season. In fact, they made one of the more striking acquisitions when they picked up All-Star center Nikola Vucevic. The possibilities of Vucevic teaming with LaVine are very enticing:

LaVine is on pace to become the first Bull ever to average 25 PPG on 65 TS%.

Vooch is on pace to become the first player ever to average 20/10 and 2.5 threes per game.

The Bulls didn’t stop there, adding Theis, Al-Fariq Aminu, Javonte Green and Troy Brown Jr. to the mix, Perhaps it was understandable that their first game after the deadline was a bit of a train wreck as they tried to incorporate all of those parts. They ran into a Spur team that didn’t make any changes and absolutely blitzed the Bulls, jumping out to a 26-point halftime lead in a romping win.

Still, having Vucevic should definitely be a huge boost in the long run. The Bulls were playing small-ball at center with undersized guys like Patrick Williams and Thaddeus Young, in part because since-departed Wendell Carter Jr. had disappointed this year. Vucevic is one of the game’s best centers, who should take a lot of the offensive pressure off LaVine.

In tonight’s game, Vucevic should be poised to thrive. Take a look at what he did in two contests this year against Golden State while he was still with Orlando:

The Warriors do have James Wiseman back in the fold to give them size against Vucevic, but the rookie has been hit or miss. They’ll need him to play well tonight, at least on the defensive end. If the Bulls can just throw it into Vooch on every possession, the game will get mighty easy for them.

The Warriors won their first game after Curry’s injury, but they’ve gone down in four straight since. Statistically, it’s hard to put a finger on anything glaring in those four games. As a matter of fact, it’s been a different bugaboo every night: bad offense one game, bad defense the next, that sort of thing.

Curry’s presence doesn’t just come down to his electrifying raw numbers. He is also currently second in the NBA behind only LeBron James in real plus/minus, a stat that attempts to quantify the impact a single player has when he’s on the floor for his team. You take that away, and it’s no surprise that Golden State has been flailing without him.

If he does play, it will be interesting to see if he’ll be on some sort of minutes restriction on him or not. In what could be a close contest, every little bit helps. There is no doubt that Golden State will need some contribution for him in this one if they’re going to cover the spread at home.

Whenever one of us would make an ill-advised pass or try to get too fancy with the dribble and fumble it away, my high school basketball coach would always yell at us to be “better with the basketball.” Coach Billy Donovan must have used a few variants of that phrase this year. The Bulls are dead last out of 30 teams in the NBA at 16 turnovers per game.

Part of the problem is that the Bulls haven’t had a reliable point guard for much of the year. Coby White has largely disappointed in his sophomore season, both in his shooting and ball-handling, and his minutes are way down. Tomas Satoransky has been hurt much of the year, and even with him recently moving to a starting role as a stabilizing point guard, Chicago has still been turnover-heavy.

LaVine is one of the worst in the league in this department, even as he has paid dividends as a better passer this year. The first time the Bulls played the Warriors this year, they won practically every statistical department but lost the game by one, in large part because of a heinous total of 24 turnovers. That can’t happen again tonight if they want to win on the road.

Curry’s return can’t come soon enough for Golden State. They’ve dropped two games under .500 this year for the first time. Any further collapse and it will be hard to pull themselves up and too late to do any trading to help with a rebuild.

Chicago has had a little bit of time now with their new lineup and they should come out sharper. Vucevic should be headed for another new game against Golden State’s weak interior D. The result will be a road cover for the Bulls. 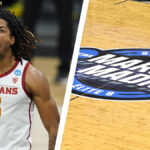 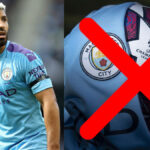