It’s an intriguing interconference matchup taking place at the Phoenix Suns Arena when the home-court Suns host the Atlanta Hawks. The Hawks have fallen back into a bit of a funk lately after a coaching change inspired a season-saving winning streak. Phoenix has stayed remarkably consistent and comes back home for a three-game stand after a successful road trip.

Even those who were bullish on placing basketball bets on the Phoenix this year following their great play in the bubble last season couldn’t have expected just how dominant they would be in 2020-21. They’re coming off a road trip which saw them take three of four games. As they return home for the next three, they sit at 31-14, second in the West and 3 ½ games back of current top-seed Utah.

Atlanta’s whiplash-inducing season is currently in one of its low points. After tearing off eight straight wins under new head coach Nate McMillan to break out of the doldrums and get back into the playoff picture, they’ve lost three out of four on a road trip that still has three more games to go. In the logjammed second tier of the East, the Hawks are currently sixth at 23-23, which is just a half-game out of fourth but also just a half-game out of eighth.

Part of the recipe for having a great season is being free of injuries, and Phoenix can certainly boast of that. Their regular starting five has missed a total of eight games between them so far this year. In this contest, they’ll likely be without backup guard Abdel Nader, but he isn’t a key part of the rotation anyway.

Part of the reason that the Hawks have been so inconsistent is that they have been shuffling players in an out of the lineup, especially in terms of the supporting cast to Trae Young and John Collins. They’re still without Cam Reddish. His second-year running mate DeAndre Hunter, who started the season off so well, is questionable for tonight as he still deals with his knee injury.

On top of that, there is no word on whether or not Lou Williams might be making his Hawk debut tonight. Williams was an odd acquisition for Atlanta, considering they already have an instant-offense type in Bodgan Bogdanovic coming off the bench. Regardless, it would be nice if they had as many hands as possible on deck as possible against a team as good as Phoenix.

The Booker and Paul Show

The Suns felt they needed a little more oomph at the point guard position after Ricky Rubio held the job last year. When they acquired Chris Paul in the offseason, some around the league questioned how he would fit and if he would affect the team’s budding chemistry, especially in terms of how he would mesh with rising star guard Devin Booker. All of those questions have been answered in demonstrative fashion in the positive, as you can tell by the team’s record.

It’s his 3rd career game with 35+ points, 10+ rebounds, 70% shooting. All other Hawks players combined for 2 such games since the three-point era (1980). pic.twitter.com/mKH6USJ3XY

As for Paul, it’s hard to imagine that a few years ago, he was seen as too much of an injury liability to be a star again. After a rejuvenating year last season for the Thunder, he has been equally brilliant in 2020-21. In fact, his assist-to-turnover ratio of 3.7 to 1 is second-best in the league among healthy regulars this year.

Booker and Paul have become a seamless unit, either scoring (they’re the top two scorers on the squad) or setting others up (they’re the top two assist men as well.) And both are capable in end-of-game situations, which means that neither one has to feel too much defensive pressure in that regard. Portland, Brooklyn and Utah can also make cases, but you can certainly make a case for Phoenix having the league’s best backcourt right now.

All of which could mean that the Hawks are in for long night. Atlanta is lacking in top perimeter defenders, especially if Hunter can’t go. They will have a difficult time containing Booker and Paul as they go about their business.

John Collins’ numbers are down from his career-best 2019-20 in just about every category. But most teams would be quite happy about a guy knocking in 18.4 points per game with 54 percent field goal shooting and 38 percent field goal percentage, especially when he’s also delivering almost eight rebounds and one block per night. Yet Collins has been wildly up and down throughout the year, mirroring his team.

Last Friday night, Collins went off in a victory over the Warriors, to the tune of 38 points and 12 rebounds. It’s something of which he has proven himself capable in the past:

Yesterday was Devin Booker’s 52nd 35-point game, 14th most by a player under age-25 and two away from Kobe’s total before turning 25-yo pic.twitter.com/efWv4WluO9

Yet in the two games surrounding that explosion, both Hawks losses, he was pretty much a non-factor:

Much speculation surrounded Collins at the NBA trade deadline, as his lame-duck contract had many believing he would be dealt. That he stuck around was probably testament to the fact that Atlanta now feels that they can do damage in a weakened East, especially if they can get to the 4 or 5 seed where the first-round matchup would be manageable. But Collins has to be a presence, especially tonight if they’re going to upset the Suns.

Betting trends are always a tricky thing in the NBA. The complexion of a team can change drastically with just one injury or missing player, which means results are skewed in those instances. That has been the case more than ever this year with the chaos caused by absences related to health and safety protocols.

That said, the Suns have been one of the surest things in the league this year for bettors. Check their league ranking in the following categories:

A lot of that is due to the consistency with which they’ve been able to wield their favorite lineups. And they have enough weapons that they can survive Booker or Paul having an off-night. The end result is that Atlanta will have its work cut out for them as a road dog, especially considering the slump in which they’re currently mired.

Atlanta has the talent to beat anybody, with a deep bench and star types in Trae Young and John Collins. But a bet on them is very much a guessing game. Which team will show up on a given night?

Phoenix, on the other hand, is a known commodity. The occasional clunker is certainly a possibility. But you should feel pretty confident that they’ll take care of business at home tonight. 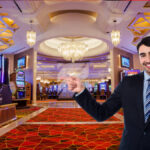 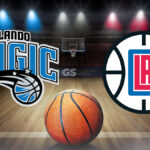