For the sixth month in a row Nevada casinos have generated over $1 billion in gambling revenue, putting them in prime position to reach $12 billion in revenue this year. This marks the second longest streak for the state of months with over a billion dollars in revenue. August saw $1.16 billion for the state from gaming and follows an all-time record $1.36 billion posted in July.

This current revenue streak of six months began back in March of this year. The longest streak of billion dollar months ever was seven months and took place between November of 2006 and May of 2007.

The Nevada Gaming Control Board contributes the current record streak to several factors, including the government provided stimulus checks, the return of entertainment and shows to The Strip, and even the US vs. Mexico finals for the CONACAF Gold Cup which took place in Las Vegas at Allegiant Stadium.

The kickoff of the NFL Season and sports betting may also be a contributing factor tot he Nevada casinos revenue record. A representative from the Gaming Control Board said “Strong demand across markets, federal stimulus, the continued rebound of leisure, travel and the return of special events and entertainment continued to propel gaming past 2019 levels” 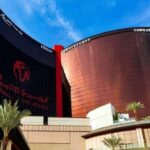 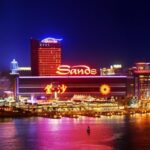