state Senate committee passed a measure Saturday to strengthen penalties and make it up to a gross misdemeanor to bring guns into certain resorts and casinos where they are prohibited.

Under current law, if resort security confronts an armed person to tell them that firearms are not permitted on the premises and that person refuses to leave, they can call local law enforcement on them for trespassing. The measure would let casinos directly summon police to deal with a potential ban violator without staff first having to interrogate and confront the offender.

Provisions would only apply to large resorts and casinos that choose to opt in and would require they post clear signs about where guns aren’t allowed both on their premises and on their websites.

The bill makes exceptions for law enforcement officers, some of whom are contractually obligated to be armed at all times, and for others who obtain written permission from the establishment.

But an atypical coalition of interest groups testified against the gun proposal considered Saturday. Groups that push police reform — the ACLU of Nevada and the Progressive Leadership Alliance of Nevada — found themselves on the same side as gun rights groups like the NRA and police unions, which said the proposal could create unnecessary and dangerous confrontations between people and law enforcement.

The Legislature is scheduled to adjourn May 31. 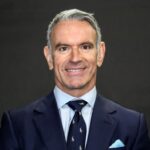 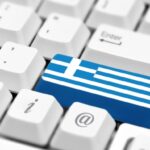