The Nevada Gaming Control Board recommended on Wednesday the California’s San Manuel Indian Tribe purchase of the Palms Casino Resort near the Vegas Strip be approved. The tribe is set to acquire the property from Station Casinos for $650 million dollars.

Gaming executives with the tribe described the meeting with the board as “historic,” as it marks the first-ever Native American tribe to own and operate a hotel-casino in Las Vegas. The San Manuel Indian Tribe now expects to reopen the Palms resort in the spring of 2022.

The Nevada Gaming Control Board’s voting in favor of the tribe was unanimous. The body recommended the San Manuel Gaming and Hospitality Authority, a subsidiary of the tribal nation that would operate the venue, be licensed to acquire the resort. The recommendation is now to be considered for final approval by the Nevada Gaming Commission on December 16.

“We know that Las Vegas is and will always be the gaming and entertainment hub of North America,” Latisha Casas, the chair of the tribe’s gaming and hospitality authority, told the board, according to Las Vegas Review-Journal. “And we are honored to potentially join and contribute to its community and its legacy.”

Cynthia Kiser Murphey, appointed earlier this year as Palms General Manager, said they are eager to get their license and look forward to bringing the property back to life, according to 8 News Now. Moreover, she said the casino is looking to add more than 1,200 jobs.

“We are a very small team right now until licensing and we have launched a website to get former Palms employees to make contact with us,” Kiser Murphey explained. “As soon as licensing occurs, we’ll be out in the community hiring.”

The tribe first announced in May that it was buying The Palms for $650 million from Red Rock Resorts, which had previously purchased the venue from the Maloof family for $312.5 million, in 2016.

The 700-room resort marks the tribe’s first hotel-casino beyond its flagship Yaamava’ Resort and Casino, in Southern California. Formerly known as San Manuel Casino, the venue is set to hold a grand opening ceremony for its new luxury resort on December 13.

According to the tribe, the acquisition of The Palms represents “the next phase of San Manuel’s long-term diversification strategy,” while having the potential to be a generational asset for the tribe.

The tribe is now targeting the first half of 2022 for a Palms reopening. It would mark the first time the venue is up and running since the COVID-19 shutdown: while most resorts reopened in the summer of 2020, the doors of The Palms remain closed to this day.

Kiser Murphey credits the venue’s current owners as having done “an outstanding job not only remodeling but maintaining and taking good care” of the casino resort, further reports Review-Journal. “There’s very little that needs to be done,” she said.

While this will facilitate the reopening plan, the tribe has still set aside about $100 million on top of the purchase price for capital improvements and other pre-opening expenses. The tribe plans to make improvements to the back-of-house employee areas, parking areas and landscaping, plus an update to the resort’s sportsbook technology. 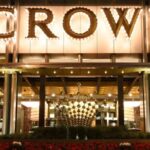 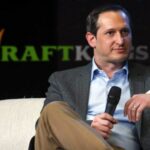