New York’s newly-launched mobile sports betting market, which went live on January 8, is already showing proof of its potential. DraftKings, FanDuel, Rush Street Interactive and Caesars Sportsbook took in $150 million in wagers from over 650,000 player accounts during the opening weekend, state officials said on Tuesday, according to Bloomberg.

The figures support similar positive data shared by Canada-based tech company GeoComply Solutions. According to GeoComply, the market likely surpassed New Jersey for the top spot in the US during its first two weekends offering legal mobile bets.

The business, used by most of the US sports betting industry to verify customer location, recorded 17.9 million transactions last weekend in New York. That figure is up from the 17.2 million recorded the weekend before, in which the market went live.

According to the company, 1.2 million new accounts were created in the state since market launch, with 878,000 unique players: this is more than New Jersey and Pennsylvania combined over the same period.

Data provided by GeoComply also shows that 770,840 of New York players -or 87.8%- are new to the regulated online sports betting market, meaning they were never before seen in the company’s systems.

“The momentum of New York’s sports betting launch has continued and it is mostly home-grown,” says Lindsay Slader, Managing Director of Gaming at GeoComply. “The vast majority of users are brand new to regulated sports betting in the U.S. The data tell us that New Yorkers are dumping illegal sportsbooks for the new legal options and operators are also excelling at attracting first-time bettors.”

Data collected from launch up until the end of the game on Monday, January 17, also shows New Yorkers are mostly loyal to one sportsbook so far, with an average of 1.36 accounts per player. And only 9.3% of players in the state have placed bets previously in New Jersey, easing cannibalization concerns.

While measuring geolocation transactions is not equivalent to measuring total wagers, it is still a strong indicator of market activity, especially given that more than 80% of sports betting in the US is done online. It provides a temporary picture as full figures on the total amount of bets taken have yet not been reported – one that has pleased operators in the state.

“The growth in New York has been explosive,” said Richard Schwartz, CEO of Rush Street Interactive, according to Associated Press. “It is, by far, off to the fastest start of any of our sportsbook markets in terms of handle.”

Gaming giant FanDuel echoed this enthusiasm, stating it is “very pleased” with customer response in New York thus far. “While all markets are critical, it was especially important for FanDuel to do well within our home state,” spokesman Kevin Hennessy said.

Frank was right, New York really is the king of the hill!

With 17.9 million transactions this weekend, New York is seeing first-time bettors come out in droves.

New York State Senator Joe Addabbo Jr., chair of the Committee on Racing, Gaming and Wagering, also spoke on the new market, which he says is helping the state to keep revenue that was previously migrating out of New York.

“This past weekend proves something: that New Yorkers were waiting to use a product in New York, because the volume was so great that I believe the Caesars app crashed,” Addabbo said, according to WAMC.

However, the senator warned that additional operators were still awaiting approval, including BallyBet, Wynn Interactive, Resorts World Bet and PointsBet. He wants to expedite the process, in order to further unlock revenue for the state.

“This is something that if we don’t do anything, it will happen anyway in the year 2023. So we’re looking to basically expedite it by at least one year,” he stated. “By expediting it, we will realize in New York state budget revenue of roughly $2 billion.”

Addabbo further discussed plans to expand mobile gambling, incorporating horse racing into the market “so that we can help the horse racing industry.” This would allow New Yorkers “to bet on any of the major sports as well as horse racing.” Discussions are currently being held on this expansion.

Elisa Richardson with BetMGM also discussed expanding to full legalized gambling through mobile apps, further reports WAMC, which the company would be interested in offering to New Yorkers.

“People love going to casinos, it’s never going to change. But if you’re at home – I don’t know if you’ve ever played an online game, but it’s really fun. There’s an entertainment aspect there,” she said. “Something engaging you can do on your phone. And you know, whether you’re betting small or big, there’s excitement there for sure.”

Worth noting is that, amidst New York’s momentum in sports betting, New Jersey so far remains unfazed. The state, the top one for sports betting in the country, averaged 12.6 million geolocation transactions the two weekends before New York launched, and 13.1 million the two weekends since launch: it hasn’t lost business to New York thus far.

“New York hasn’t failed to dazzle us, but we are also impressed by the sustained growth of the overall sports betting industry,” added GeoComply’s Managing Director of Gaming. “We can’t wait to share how many more GeoComply data records are broken from now through the Super Bowl.” 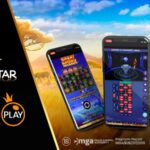 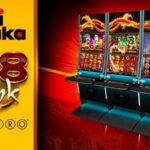