The heat is on for Frank Lampard at Chelsea.

The club legend is suffering a difficult second campaign in charge of his beloved Blues, with his expensively assembled squad failing to live up to pre-season expectations of a sustained Premier League title chase.

Here’s our look at the names in the frame to be the next Chelsea manager should a vacancy arise at Stamford Bridge.

Next Chelsea Manager – Who Could Replace Frank Lampard?

If Lampard leaves, could someone even younger replace him?

RB Leipzig Julian Nagelsmann is reportedly the favourite should Chelsea make a change. He kicks off our shortlist of Stamford Bridge suitors…

Case for: He’s the coming force in European football and has no shortage of admirers at the top end of the game. Chelsea may not be able to resist the temptation of being first movers in a bid to lure Nagelsmann towards his first project outside German football.

He’s already got 200 games under his belt in the Bundesliga, winning plaudits for his man-management skills and high-pressing style. If Chelsea want to find a ‘next gen’ Jürgen Klopp, Nagelsmann could fit the bill.

Case against: It’s probably an unfair charge given it’s one that is all too easy to make, but at 33, Nagelsmann is actually younger than Chelsea’s current joint top scorer Olivier Giroud.

While he’s earned his stripes after three years managing in the Bundesliga, he’s still yet to convert his early promise into bona-fide trophy-winning pedigree, so would represent a risk on that front.  Chelsea have also been burned before with exciting young appointments, parting ways with a 34-year-old Andre Villas-Boas in March 2012.

Case for: Free agent. Still relatively young. Schooled in managing clubs with big ambitions. On paper, the 47-year-old would tick all the boxes if Chelsea decide to part with Lamps. Tuchel was arguably unlucky to get the sack from PSG after guiding them to last year’s Champions League Final.

That progress on the European stage after multiple failures for the French giants could be a big tick in his column given the Blues have arguably underperformed in the competition over the last decade.

Case against: He can be prickly. The German was reportedly not always the most popular of mentors for several big-name stars at both PSG and Dortmund, and he’s not afraid to speak his mind to authority. Clashes in the boardroom are thought to have led to his downfall at both his previous clubs.

Looking at the fate of previous incumbents at Stamford Bridge, it’s unlikely the Chelsea decision-makers would take kindly to too much dissent should Tuchel repeat that behaviour.

Case for: He boasts genuine elite-level pedigree after a stellar managerial reign at Juventus. He’s also free and looking for a new challenge and would be a ‘statement’ appointment as the Blues look to close the gap on the likes of Man City and Liverpool.

Allegri has also reportedly been working hard to improve his English which would help him make that sometimes tricky transition into Premier League football.

Case against: Is Allegri picky or is there something putting potential suitors off? The Italian has all the credentials to succeed in another top job but has been overlooked for several high-profile posts since leaving Juventus in 2019.

That suggests either he’s being ultra-cautious with his next move – which, given their history, would rule out Chelsea – or his demands are giving potential employers cold feet.

Case for: He’s got the Premier League CV to suggest he can get a team motoring, and crucially, ‘big club’ experience at Celtic and Liverpool that will mean he’s not phased by the cut-throat nature of standing in the Chelsea dugout.

Chelsea’s hefty war chest might also tempt the Northern Irishman given Leicester’s struggles to hold on to some of their top talent in recent seasons, and he started his fledgling career with the Blues.

Case against: Why would he leave Leicester when he’s got a good thing going?

In a Premier League table that’s increasingly nip-and-tuck, only Chelsea’s transfer bargaining power would logically tempt Rodgers from leaving his promising long-term project at the King Power, where he’s got owners fully on board with his playing philosophy.

Case for: He’s been there and got the T-shirt. Benitez may well be itching for a return back to English football after a mixed 18-month stint in China, and the timing could also be right time for the move with the Chinese Super League now in off-season.

His troubled relationship with Blues fans may give Roman Abramovich pause for thought, but he would be a safe pair of hands if other A-List candidates fall by the wayside.

The Chelsea powers-that-be also have form in going for a ‘back to the future’ approach. José Mourinho and Guus Hiddink anyone?

Case against: Has his time come and gone at the very top? His last sustained bout of success on the European stage came in his last caretaker stint at Chelsea, and that was an almost a decade ago.

He would more than fit the bill for another interim stint, but a move away from the limelight for a money-spinning stint in China suggests the Spaniard knows he’s probably run out of options at the very top level.

🧐 Could Chelsea go for an out-of-work manager?

📋 Check our guide to football managers out of work >>

Case for: The Portuguese boss could be in danger of going stale at Wolves after a stellar four years at the club, with the West Midlanders currently on course for a middling Premier League finish after back-to-back top seven placings.

Timing is everything in football. He still has more than enough credit in the bank to deserve a crack at a top job, but if Wolves’ slump in form continues, that could harm his chances of taking another giant leap forward in his management career.

Case against: Poaching another Premier League manager doesn’t come cheap. Given their lavish spending of late, Chelsea would really need to be convinced the Wolves man is the right choice for the long term, or it could be another expensive write-off for the Blues later down the line.

Case for: The surprise early favourite for the role still retains close links to the power brokers at Stamford Bridge, and has previous with the club after playing for them between 2006 and 2009.

While that spell was less than distinguished given his hefty price tag, he would be an imaginative appointment after a bright start to his managerial career with his native Ukraine.

The 44-year-old masterminded an impressive Group B campaign to help his nation reach Euro 2020, topping a group including Portugal and Serbia.

Case against: It would be a high-risk appointment that wouldn’t necessarily be welcomed by all sections of the Chelsea fanbase, given his lack of club experience.

Replacing a widely popular former player with a less highly regarded figure from Blues folklore would also be a brave move on the part of the Chelsea board.

Case for: Hasenhüttl has done the hard yards at Southampton in an eventful two-and a-bit years with the club. He’s also proven he can change the mood around the club. It’s been a remarkable recovery effort by the Austrian after successfully reinventing the Saints following one of the lowest ebbs in the club’s history – the humiliating 9-0 reverse to Leicester.

The Saints boss might also feel he has unfinished business with a ‘high roller’ after an ignominious exit from RB Leipzig.

He was unlucky to exit his role there after guiding the punchy outsiders in the Bundesliga to second place – and Champions League football – for the first time in their history. Chelsea could be his route back to the top.

Case against: That RB Leipzig experience – where he was effectively shoehorned out the club in favour of the younger, ‘trendier’ Julian Nagelsmann – might just give him pause for thought if the ruthless Blues come knocking.

Hasenhüttl will be eager to make sure he is the firm No. 1 choice before leaving a club now fully moulded in his image.

Browse all our football markets. 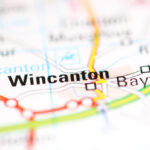 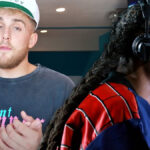