he CEO of Ocean Casino Resort has resigned after turning around the finances of one of Atlantic City’s larger casinos during her two-year tenure.

Glebocki was credited with turning around the casino’s finances. When it operated as Revel from 2012 to 2014, the casino never came close to turning a profit, filed for bankruptcy twice and shut down after little more than a year and a half of operation.

But under Glebocki, the casino reduced expenses while carrying out renovations to the casino floor, and adding amenities for upscale gamblers, which helped grow its revenue from gambling and non-gambling sources. In April, it reinvested $15 million into the property, including interior work, as well as renovations to pools, cabanas and its beachfront.

Ocean would only say that “we are working through this transition and will provide updates as they become available.”

Glebocki’s exit reduces the number of female casino bosses after an unprecedented wave of female leadership. Just over a year ago, four of the city’s nine casinos were led by women, but two have since left. Jacqueline Grace at the Tropicana and Melonie Johnson at the Borgata remain in their positions at the top of their respective casinos. 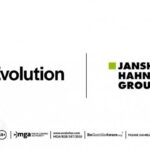 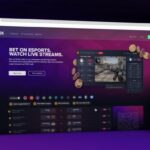