Following Gov. Mike DeWine’s signature of a bill legalizing sports betting into law in December, Ohio is finally set to bring sporting events wagering to the Buckeye State after a years-long process that featured several false starts. The market, set to open before Feb. 2023, could become a millionaire industry for the state.

The market is likely to generate $90 million a year in state tax proceeds within five years, Cincinnati Business Courier reports, based on numbers John Atkinson, director of business development at 888 Holdings, provided the news source. “There’s a big opportunity in Ohio,” Atkinson said. “It’s a big state with a lot of sports fans.”

According to the executive, Ohio could generate $7 billion to $8 billion in sports handle once the market matures. The state could become up to three or four times larger than Iowa’s market, which generated $2 billion in sports bets in 2021. He further told the local newspaper that 888 would be watching Ohio closely with plans to operate a sportsbook there.

Ohio’s betting legislation, which allows betting in a wide range of sporting events, including college games, stipulates the market to open by January 1, 2023, although it could launch before that date.

In a previous report last year, the Ohio Casino Control Commission, set to oversee the new market, estimated it could start accepting applications for businesses looking to enter the industry “in the summer or fall of 2022.”

Atkinson’s prediction follows a prior estimate by the Ohio Legislative Service Commission, which claimed the market could be at $3.35 billion after several years of operation. Sports betting in the state is set to be subjected to a 10% tax on net revenue, which could bring in approximately $7 million during the first half of 2023, and $24 million in the first full fiscal year.

Another prediction by PlayOhio estimates Ohio’s sports betting market is capable of producing as much as $900 million in gaming revenue, $12 billion in wagers, and $90 million in state taxes once the market matures.

Most of the taxed money -98%- is earmarked for public and private K-12 education, while the remaining 2% goes toward problem gambling assistance. Venues looking to offer sports betting must also pay application fees, likely to exceed $10 million statewide in the program’s first months: 0.5% of said fees will go toward helping veterans and their families.

“Ohio is a large state that has embraced an open model, which will make it immensely attractive to both national and local operators,” said late last year Eric Ramsey, an analyst for the PlayUSA.com network, which includes PlayOhio.com. “The common element among the largest markets in the U.S. is that they all foster competition among many operators. Those markets are far more appealing to bettors, which in turn makes the industry a more reliable revenue producer for the state.”

Experts believe Ohio could turn into one of the larger states for sports betting, leading to new tax revenue for the state. However, before launch, the state must set out rules and regulations, plus issue licenses: opening before the NFL season, to start in September, would be a feat.

As bars and restaurants can also apply for licenses, which is not the case with all states, setting out rules for all the players entering the industry could become a long-term process, meaning a launch could be further delayed.

Parties looking to offer sports wagering in Ohio will need to apply for licenses with the state Casino Control Commission, for five-year permits, which are divided into three types, depending on business and form of betting.

Type A licenses are available to casinos, racinos, sports teams and other businesses operating in Ohio for a cost of up to $2.5 million, and allow to conduct online and mobile app betting. Licensees can contract with up to two mobile betting vendors -”skins”-. The first skin costs $3 million, while the second one, only available to parties demonstrating it would bring “economic benefit” to the state, costs $10 million.

A total of 40 Type B licenses are available to brick-and-mortar stores, on initial fees ranging between $90,000 and $140,000; and at least one is set aside for a business near Cedar Point, in Erie County. Cuyahoga, Franklin and Hamilton counties can have up to five locations, while Summit and Montgomery can have up to three.

There will be 20 Type C licenses available for businesses working with an unlimited number of bars and restaurants, with appropriate liquor permits to offer spreads and over/under bets on lottery sports and gaming kiosks. 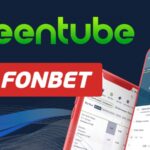 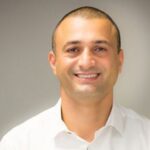