Oklahoma Gov. Kevin Stitt said in an interview on Friday that he wants sports betting legalized this year. In conversation with the hosts of local sports radio show The Franchise, Stitt called on state lawmakers to sign off on sports betting during the four-month legislative session that begins on February 6.

“If we’re going to do it, I’m the kind of person that says, ‘Hey, let’s get it done now,” Stitt told the hosts. The Gov. further said he wants mobile sports betting legalized so people could bet easily from their phones, and noted that the state’s share of sports betting revenue could go toward education or economic development.

“Right now, we’re just kind of studying it, bringing all the stakeholders together,” Stitt added, as reported by Tulsa World. “We’ve got some casinos that want to be a part of that. We’ve got the (Oklahoma City) Thunder […] and the University of Oklahoma and Oklahoma State athletic departments that want to weigh in.”

While the governor and legalization proponents are working to bring together all the parties involved to discuss what sports gambling should look like in the Sooner State, it is yet unclear whether they will be able to get Oklahoma’s Native American tribes – which hold the exclusive right to offer gambling in the state – and a majority of lawmakers on board.

Stitt has a rocky relationship with some of the state’s major tribes after “aggressively” pushing to renegotiate tribal gaming compacts, notes the cited source. However, he expressed confidence that tribal leaders will come to the negotiating table, and said during the interview that any deal on sports betting must be “fair” for all Oklahomans.

Rep. Ken Luttrell, who filed legislation to legalize sports gaming, is also optimistic that Stitt and the state’s tribes can work together on the issue. “Going into the governor’s second term, he has buried the hatchet with no hard feelings over the election and the tribes supporting his opponent,” he said, as per Tulsa World. “I think he realizes the advantages to cooperating with the tribes and working together on projects that move the state of Oklahoma forward.”

While Luttrell filed legislation to legalize sports betting last year to no avail, he now feels like there is more momentum to getting it done, as more states expand their gaming offerings. His plan – House Bill 1027 – proposes adding in-person and mobile sports wagering as a supplement to the state-tribal model gaming compact.

According to an Oxford Economics Group report from last year, legal sports betting would generate $240 million in new revenue for the state. The state is believed to be losing millions to neighboring states that allow sports betting, including Colorado, Kansas and Arkansas. Sports gambling is also allowed at certain tribal casinos in New Mexico.

While tribes would have the exclusive right to offer the new gaming activity, they would be able to partner with companies such as DraftKings or FanDuel to help with the operations. Thus far, some tribal leaders have shown apprehension about working with the governor – but they are not opposed to discussing sports betting, said Oklahoma Indian Gaming Association Chairman Matthew Morgan.

Stitt’s latest remarks on legalizing sports betting build upon previous similar remarks the Gov. made earlier in the month. “As long as it’s transparent and it’s fair for Oklahomans, then 100%, I’m absolutely open to it,” he told Tulsa-area television station Fox 23 in early January. However, he now seems more committed to the effort, moving from being “open” to it to actively working with stakeholders on passage.

According to Stitt, sports betting is needed in Oklahoma considering an NBA team – Oklahoma City Thunder – plays not too far from the state Capitol. “We already have casino gambling in Oklahoma. So, we need to do that the right way. We need to do it responsibly,” he said in a previous interview. 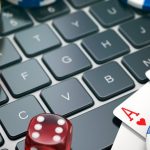