For a long time in the world of online interactive entertainment, it was Macromedia’s Flash that formed the backbone of most games. This was the case for around two decades, where only recently has the system become obsolete, no longer supported at all on most browsers. This process took years to complete, with the change bringing with it some appreciable benefits to online casinos, the players, and the games themselves.

The Story of Flash

What would eventually become known as Flash started in 1993, from a company called FutureWave. The initial focus of FutureWave was pen computers, essentially PDAs that could be controlled via a stylus. Searching for a market, the company built a program called SmartSketch for Mac systems. This was a powerful illustration tool, but it eventually fell out of favour along with the pen computer market, so the developers changed tack.

With some modifications for PCs, FutureWave created FutureSplash, a crude web animation tool that TheHistoryOfTheWeb notes as being released at the end of 1995. Quickly adopted by major browsers like Netscape Navigator, the features of FutureSplash made it a huge hit. Expanding into Internet Explorer and being adopted on popular pages like MSN.com, the company was eventually bought out by Macromedia in 1996, where the system’s name was changed to Flash.

Since that point, Flash became the effective default of interactive web experiences. So profound was its reach that even early versions of YouTube relied on it, which TheVerge reports as only being dropped in 2015. This was also the case for other types of entertainment such as online casinos, which build hundreds of titles and different games off of the technology.

Over time, however, Flash would fall out of favour. It was lacking in some regards, as its security needed constant patching, and more convenient technologies slowly replaced what it could do. This led to its downturn towards the 2020s, where it was officially discontinued by the major browsers at the start of 2021.

The death of Flash didn’t hurt the growth of interactive entertainment, far from it. This was especially true of the online gambling industry as modern casino websites like SuperSeven show. Contemporary services offer hundreds of games like the slots Wild Swarm and Razor Shark, alongside the typical range of table and live games. With more games constantly hitting digital shelves, there’s never been a threat of becoming irrelevant. Some of these games even used to play from Flash systems, but not anymore.

Like many industries, online casinos had the forethought to see the decline of Flash coming. Understanding its inevitable demise, the developers of games started the laborious process of converting their titles to newer HTML5 and CSS technologies. These were feature-rich, simple to use, and offered vastly better compatibility than older Flash solutions. As TheByte9 explains, HTML and CSS form the backbone of most online casino experiences today, creating a system of faster, more accessible, and more reliable games.

Looking into the future, there’s little concern about the modern range of games falling into the same trap as Flash did. Offering backwards compatibility, new games will not be likely to have to go back to redesigns as their forebearers did. Instead, newer technology means they should be able to be played on modern browsers for decades to come, over desktops, mobiles, and more. It might have taken 25 years to reach this point, but we have to give thanks for what Flash did to get us here, even if we never see it or use it again. 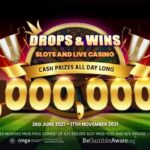 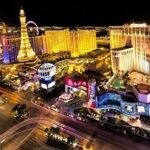