Peer-to-peer sports gaming platform Lucra Sports has raised $10 million in a Series A venture capital funding round, the business announced on Wednesday. The round was led by alternative investment firm Raptor Group, which is founded by James Pallotta, businessman and former chairman of Italian football club A.S. Roma.

Lucra Sports describes itself as making social-first wagering possible, allowing fans to legally wager across 37 states with their friends in a safe and fun environment “with no traditional sportsbooks involved.”

The application allows fans to compete against each other instead of casinos or traditional sportsbooks, and users may wager any dollar amount in highly-customizable skill-based contests. It launched in October 2021, and prior to that, Lucra says it spent 18 months building a legal framework inclusive of banking, payment processing, compliance, AML and KYC regulations.

“The magic of Lucra is that it amplifies moments around live sports and allows you to connect with other sports fans through friendly competition,” said Lucra Sports Founder and CEO, Dylan Robbins. “We are focused on approachability, removing complex jargon and simplifying the wagering experience to allow sports fans to interact with their friends.”

The executive describes “passion-filled banter and social interaction” as being at the core of Lucra. This, according to Robbins, provides for a “lighthearted and fun approach” to real-money wagering.

“We believe Lucra is changing the way sports fans engage with each other by bringing a social-first gaming experience to everyone, whether they’re in the stadium, sitting in a bar or watching games at home,” said Raptor Group’s Anthony DiSanti, a newly appointed Board Member of Lucra.

DiSanti believes Robbins and the Lucra team have “the vision, experience and strategy” to disrupt the in-game sports wagering category. “Their focus on compliance and security first, followed by the user experience, has enabled them to create a marketplace well positioned to attract a wide audience, and keep fans consistently engaged over time,” he added.

But the startup doesn’t intend to limit itself to traditional sports offerings. According to a press release, the technology is also applicable for eSports, including popular titles League of Legends and Counterstrike, with plans to launch eSports wagering in Summer 2022.

Lucra allows fans to create their own contests, or use recommended match-ups provided by the app. The user can then use their skill to control the details, creating their own terms -odds and spreads- and selecting which sports, player, stat, and dollar amount to wager.

The startup describes the platform as encouraging “creativity”: players can be within the same or different sports, stats can vary, or users can create match-ups that align with their fantasy team rosters. For example, users can wager whether tennis star Serena Williams will have more aces in a match than NBA sharpshooter Steph Curry will make three-pointers in a game.

Lucra community members can then invite friends to join, for which they will receive sign-up incentives: nearly 87% of users were referred by other Lucra members. Players can then create customized groups to challenge one another, keeping a running tally of head-to-head contest stats with group leaderboards.

Super Bowl Sunday is tomorrow and it’s time to win some cash! Play today using the link in our bio! pic.twitter.com/nhb7KPaLlQ

The company describes its community-based platform as having lower acquisition costs and higher referral rates than other wagering platforms. There is no house margin in the product: Lucra charges a 5% fee from the winner’s payout.

“Lucra has more than 50 brand ambassadors building awareness and will use the new capital on product development, customer acquisition and to further expand its employee base,” a press release says. 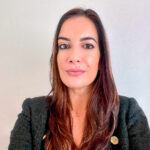 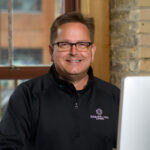