African hospitality and entertainment company Peermont’s online gaming brand PalaceBet.co.za has now launched online slots as part of its iGaming offering. The 50-game slots release is powered by Evolution, boasting games by NetEnt that will now complement the existing library of live games which already include titles like Crazy Time, Dreamcatcher, Deal or No Deal, and Lightning Roulette.

PalaceBet’s General Manager Duncan Pollock said: “We’re very excited to have online slots as part of our offering. As part of the Peermont family, we’re always looking for ways to offer our customers a wider variety. With the addition of online slots we now have a comprehensive product list that our existing and new players can take home with them.”

The company anticipated that more titles from Evolution’s Red Tiger will be added to the collection in the near future. PalaceBet is licensed and regulated by the Western Cape Gambling & Racing Board, and is a subsidiary of Peermont Hotels, Gaming and Resorts a hospitality and entertainment company that operates 12 land-based properties across South Africa and Botswana.

Available for play on all mobile devices, as well as an Android or Apple app, the new library of slots will offer players a “discerning selection of games consisting of state-of-the-art graphics and smooth gameplay ensuring a world-class gaming experience,” according to the company.

“This is just the start and PalaceBet.co.za now offers the full gaming experience, whether you’re an existing Peermont player or new to us. But one thing is sure – you’ll always get quality Peermont service,” Pollock concluded. 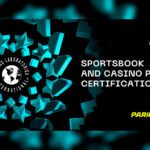 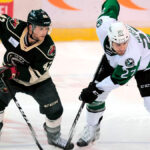