Injuries may have dampened the enthusiasm for an interconference battle in the NBA tonight between the Philadelphia 76ers and the Golden State Warriors. It has not dampened the value of betting on tonight’s game at online sportsbooks though. Philly is in the second game of a key stretch of six straight road games, and this will be the first of four straight against the West. Golden State returns home after splitting a road twin-set against the Memphis Grizzlies.

The Sixers have proven to be incredibly resilient through a series of injuries to top players. Even with the Milwaukee Bucks and Brooklyn Nets playing extremely well, Philly has remained on top in the East, which is where they’ve resided for most of the season. They currently have a record of 30-13 and are a game ahead of Brooklyn for top seed.

As for the Warriors, they’ve been up and down all year as they’ve tried to build an identity amidst a rash of injuries. Right now, they’re at the bottom of the West playoff chase with a 22-21 record, ninth in the conference and a game behind #8 seed Dallas. The good news for them tonight is that they’ve been a much better team in the friendly confines of the Chase Center, going 13-7 at home compared to just 9-14 on the road.

We’ll let this tweet speak for itself when it comes to the key injuries for this game:

Once again, no Joel Embiid for the Sixers, but we knew he’d be out for bit. There was hope, however, that Steph Curry would might be able to return from his unfortunate tailbone injury for the Warriors. But the word came this morning that we’ll be out.

It doesn’t stop there for the Warriors, especially on their interior, as both rising rookie star James Wiseman and back-up power forward Eric Paschall are out with contact tracing. The good news is that Kevon Looney wasn’t listed on the injury report for tonight after missing a game with protocols. He’ll add some much-needed beef against Philly’s big front line.

As it turns out, it will be a totally Curry-less evening in Golden State. Seth Curry, whose sharpshooting skills have proven to be an invaluable part of the Sixers success early in the year, is still out with an ankle injury. Look for more playing time again for Shake Milton and Matisse Thybulle in his absence.

Jordan Poole was seen as a luxury first-round draft pick for Golden State when they took him in the first round in 2019. That was before Klay Thompson went down with injury and Poole was forced into the fray as a 20-year-old rookie. The results were somewhat mixed, as he put up decent counting stats but was severely inefficient, shooting just 33 percent from the field in his rookie campaign in 2019-20.

Poole found less playing time early this season, which is why he headed off to a stint in the G-League in February. Perhaps he built the confidence he needed during that stretch. Whatever the reason, he’s been a major impact player upon his return in the month of March, as the stats in his seven games since bear out:

NBA stat-heads like to say that a combined field goal, free throw and 3-point percentage of 180 is elite. Well, Poole is sitting at just shy of 187 in that stretch. And the points per game indicates that he’s doing with that relatively high usage, so it’s not just a small sample-size thing.

Without Curry in the last two games, Poole has rolled up 25 and 26 points in a starting role. Look for him to be one of the centerpieces of the offense again tonight. He’ll need that kind of efficiency again as the Warriors look for offensive options outside of Andrew Wiggins against Philly, who play very rugged defense (2nd in defensive rating.)

Joel Embiid has been a brilliant performer in 2020-21, one of the top candidates for MVP (although the injuries won’t help his chances.) You would think that his absence would have a major effect on their play. But the Sixers haven’t missed a beat.

Since the All-Star break, Embiid has played only a portion of one game. Yet Philly is 6-1 in that span, with a point differential of +107 in that stretch, which is around +15 per game. For the season, their average differential is only +5.4.

Why have they played so well? Give some major credit to Tony Bradley and Dwight Howard, who have put up more-than-respectable numbers while Embiid has sat out the majority of March:

When you combine those stats, you’ve got an impressive two-headed center. Bradley has proven the value of having a quality third big man on your roster (he’s a former first-round pick), while Howard’s career resurgence as the best backup center in the league in his mid-30s has been a great story. The Warriors will be hard-pressed to get much done in the lane against this pair.

One general fact about the Sixers is that, on a general level, they’ve been one of the more solid picks against the spread all year long. They’ve covered 58.5 percent of the time, which is 3rd in the league behind Utah and Phoenix. But they are a below-.500 covering team on the road, so that mitigates that impact somewhat.

But they’ve been only so-so as a home underdog, going 5-5, suggesting they clean up against the poorer teams. They’re also only 8-10 covering against the Eastern Conference so far. So there’s no trend here that pushes the needle too far one way or the other.

The stars in Philly get the attention, and Embiid, Ben Simmons and Tobias Harris have all been special this year. But the team-building around them doesn’t get enough credit. It’s why they’ve been able to thrive even when Embiid and/or Simmons, both somewhat prone to injuries, have been out.

Even with the emergence of Poole, it’s hard to see the Warriors offense thriving against such a rugged opponent. Look for the Philly defense to dig in and make the Golden State inefficient. And look for the Sixers to cover as the road favorite. 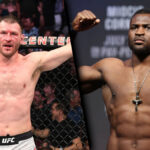 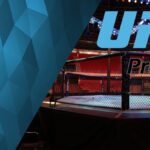