Blending elements from both primeval and moderns settings, the background is filled with “exotic flora and shrubbery, complinmenting the reels edged with stone and vines”, the company described.

In the base game, landing three bonus symbols will trigger the Mega Hold and Spin feature that can lead to multipliers all the way up to 500x the bet.

The Mega Hold and Spin feature takes place on a 10×10 grid, where normal reels are replaced by variations containing rocks with different values, and the number of bonus symbols used to trigger the feature determines whether the lowest paying rock symbols are present.

Landing any rock will reset the respins count to the original three and all rocks that land will stay in place until the feature ends.

A key collection mini-game is also present to the left side of the 10×10 grid, where rock symbols with keys on them fall onto the reels. When enough keys are collected, the Mystery Multiplier feature is triggered, resulting in potential wins.

“Rock Vegas” arrives on the heels of recent releases “Gold Party”, “Wild Depths” and “Magician’s Secrets”, which reside amongst a collection of over 200 HTML5 titles in Pragmatic Play’s portfolio.

In an official press release, Yossi Barzely, Chief Business Development Officer at Pragmatic Play, said: “Rock Vegas provides players with a thoroughly exciting experience, as well as a unique selection of bonus features that complement each other nicely. The prehistoric theme, in conjunction with the modern reels and engaging bonus features, stays true to our ethos of creating fantastic games and we can’t wait to see how our players respond!” 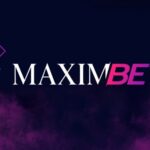 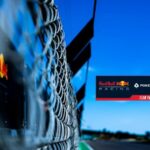