Leigh Hughes, CEO of React Gaming, said: “This is truly a huge step forward for LOOT.BET’s expansion plans in the B2C and B2B markets. In addition to providing gamers with the most compelling betting solutions, we will be able to offer white-label solutions to a much larger market, giving us the means to expand LOOT.BET’s global reach and strengthen our brand awareness in the esports space.”

In the coming days, LOOT.BET plans to transfer the majority of its current players to the Isle of Man license, React Gaming announced. According to the firm, the decision is partly motivated by the Isle of Man promoting “the highest standards of jurisdictional control” in the gaming industry, with “extremely high ethical standards for owners and investors” that make its license “one of the toughest to acquire.”

The Isle of Man Gambling Supervision Commission gives out the fewest licenses per year, React Gaming claims. In addition, the license granted by that regulatory body has many financial and logistical benefits that will allow the group, through its LOOT.BET platform, “to offer continuously fun, safe and responsible gaming experiences for gamers around the world.”

LOOT.BET, which focuses on live betting and online gaming, currently has 500,000+ registered users, according to its parent firm. It is supported by a professional operational and software development team of over 50 employees. The operator currently does business under a license from Curaçao, which is set to implement major changes to its regime.

React acquired LOOT.BET owner Livestream Gaming in April, after which it changed its name to React from Intema. The group, which began trading on the OTCQB Venture Market in the US last month, appointed Hughes as Interim CEO in June. 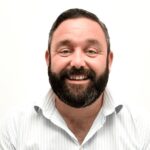