One of the greatest rivalries in sport tees off Stateside this September as the Ryder Cup gets underway in Wisconsin after a year’s delay.

Team Europe will be hoping to claim to one of the biggest prizes in golf for a fifth time in six contests.

Pádraig Harrington is the man tasked with ensuring the title remains in European hands as the team captain for the visitors, while Steve Stricker assumes leadership duties for the hosts.

Why does the Ryder Cup cut through more than any other golf tournament?

Arguably, it’s the match play format more than anything that sees viewers switch on in their droves every couple of years.

One point – or even a ½ – can mean everything in the closing stages of a Ryder Cup, which is why this tournament has routinely thrown up some of the most iconic moments in sport.

Whether it’s the ‘Miracle at Medinah’ in 2012 that saw Europe claim 8 ½ points from 12 available on the final Sunday to pull off an unprecedented comeback victory, to Graeme McDowell’s epic anchor-match heroics against Hunter Mahan at Celtic Manor in 2010, match play consistently delivers nerve-shredding sporting drama.

However, if you are in need of a brief refresher after a three-year break as to how the Ryder Cup format work, here’s a simple summary:

Team Europe will be hoping the luck of the Irish rubs off on them as three-time Major winner Pádraig Harrington takes on captaining duties for 2021.

The popular Irishman will be hoping for better luck than Darren Clarke, the last man to lead Europe out at an away Ryder Cup in 2016. Team USA cruised to their best win since 1981 that autumn, as the hosts ran out easy 17-11 winners in Minnesota.

A six-time veteran at this tournament as a player, he was an integral part of the record-breaking European side of 2004. Martin Kaymer and Graeme McDowell will also be keeping a close eye on unfolding events as vice-captain picks, joining the experienced duo of Luke Donald and Robert Karlsson.

While Steve Stricker can’t quite match Harrington for Major pedigree (a 2nd at the 1998 PGA Championship was his finest hour), he does know what it takes to win this tournament.

The 54-year-old has a trio of Ryder Cup appearances to his name, with his sole success as a Team USA member coming in 2008 at Valhalla. Stricker has plumped for experience with his VC picks, with Jim Furyk, Zach Johnson and 2016 winning captain David Love III set to be his sounding boards at Haven.

As a proud Wisconsin native, he also has an added incentive to steer his side to victory.

The captain’s picks and final teams for this year’ Ryder Cup will be confirmed early next month.

Sheboygan County in Wisconsin is making final preparations before one of the biggest sporting shows on earth rolls into town between 24th and 26th September.

The Straits Course will be the epicentre of the latest edition of this longstanding rivalry, a venue familiar to those watching the PGA Championship over the last few decades.

The 7,790-yard venue has held that Major on three occasions, which could be good news for Team Europe’s intelligence-gathering.

Vice-captain Martin Kaymer will have a unique perspective on proceedings having won his maiden major here back in 2010.

European golfers may fancy their chances on a course that can be open to the elements and plays like a links course, nestled as it is on the shore of Lake Michigan.

Will it be Team Europe or Team USA who win out in Wisconsin?

It’s 32 years since the bi-annual competition finished in a tie.

It’s 23/2 for the three-day content to end in a rare draw – a result that would be enough to see the Europeans keep hold of the trophy.

Follow all three days of competition from Whistling Straits with Marathonbet. 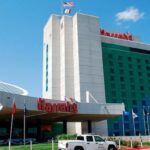 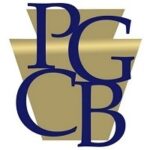