The authorities of Monografie announced the launch of a magazine-type of advertising, which will be distributed for the first time at the next edition of SAGSE Latam, which will take place on March 30 and 31 at the Hilton Hotel in the city of Buenos Aires, Argentina.

Alan Burak, vice-president of Monografie, announced the presentation of the first SAGSE magazine with these characteristics, which will include articles of general interest and will be handed out to attendees at events organized by SAGSE Latam in Latin America.

“The magazine, both the hard copy and digital versions, is part of the natural evolution of the content offering and paradigm shift we are promoting at SAGSE,” Burak said. “This magazine is one of the new features we are making available to our visitors as part of our 30th-anniversary celebration,” added Giorgio Gennari Litta, president of the organizing company.

“SAGSE Magazine is a brochure that is an evolution of the original catalog and is adapted to each of the destinations where we will hold our events. It will have a paper version, let’s say traditional, and a digital version that we will send across the continent to all our contacts. The key will be that each issue will offer contacts and products for the market to which it will be directed, so we will have a different magazine for each of our events. In this way, the reader will find information that complements their visit to the fair, and highlights the product offerings they will see in the exhibition hall,” Burak stated.

SAGSE Magazine will feature interviews and articles of general interest in each of its editions, along with reviews and product and service launches of the companies present throughout the continent.

One of the distinguishing features of this proposal is the distribution by hand to each attendee at the events organized by Monografie, which initially plans to visit Argentina and the rest of the region this year. 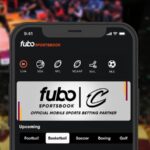 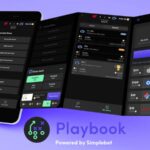