A little more than a month and a half after its official opening in Buenos Aires, SAGSE Latam announced the opening of its online registration.

In an exclusive interview with Yogonet, organizers Giorgio Gennari Litta and Alan Burak shared their thoughts on the current state of the gaming market in Argentina and discussed plans for SAGSE’s relaunch on its 30th anniversary.

For the first formal post-pandemic edition, the event will be held on March 30 and 31 at a new venue: the halls of the Hilton Hotel & Convention Center in the City of Buenos Aires.

“SAGSE has quickly adapted to the current times, as we listened to the suggestions and requests of our exhibitors, and after a detailed work plan, we will offer an event that will feature a new networking model, combined with our exhibition’s traditional stands,” said Giorgio Gennari Litta, head of Monografie.

“The world has changed a lot post-covid, and with SAGSE we had already anticipated this change, bringing an innovative experience to Latin America; but the pandemic sped up the process of evolving towards online entertainment, so we worked on that aspect while still keeping the land-based game in mind. The truth is that today, the online segment has strongly penetrated the region and has grown more than 200%, a fact that will be reflected in our proposal“, added Alan Burak.

“It will be a new experience, which today can only be experienced at exhibitions such as G2E Las Vegas, where we combine a great event with the comforts of a luxurious 5-star hotel, such as the Hilton Buenos Aires. Going down from the room to the hotel lobby, and being able to enjoy its facilities as well as Puerto Madero, its restaurants, bars, and nightclubs, will allow us to live a revamped and different SAGSE, with a clear focus on the relationship between entrepreneurs and executives, and with all the history of the last 30 years that we will be celebrating,” said Monografie’s vice-president.

“SAGSE has always had the ability to listen to what the industry requires, and to adapt quickly to the changes demanded by such, through the experience of a team of professionals that have been in the Latin American entertainment industry for three decades,” explained Gennari Litta, and added: “Today SAGSE Latam is 100% supported by the Latin American industry, and this can be seen in the fact that companies that used to just have a booth, today choose a different kind of participation and sponsor a VIP Lounge to have contact with their clients, or prefer to be speakers at our conferences with the SAGSE Academy. But above all, the most important thing is that everyone wants a place at our event“.

According to the organizers, SAGSE will have the support of the main industry associations in Latin America, with representatives spanning from Mexico to Argentina.

As for the companies present, BetConstruct will be the Welcome Sponsor of the fair; IGT, Evolution, Interblock, Novomatic, Zitro, and Latamwin will be Platinum Sponsors; GLI, Global Wizards, EGT Interactive, and Ainsworth Game Technology will be Golden Sponsors; Gamintec, FG Medios and Digitain will be Silver Sponsors; I Tech Labs, AstroPay, Global Lab, Paysafe, SIS, Microgaming and Codere Online as Supporters; the event will also have the institutional support of APEJA (Peruvian Entertainment and Gambling Association), Fecoljuegos (Colombia’s trade association) and Cornazar (Colombia’s National Corporation of Gaming Entrepreneurs), and the local entities ALEA (The Argentine State Lottery Association), LOTBA (Buenos Aires City Lottery), CAOLAB (Chamber of Official Lottery Agencies of the Province of Buenos Aires), CAOLBA (Chamber of Official Lottery Agencies of the City of Buenos Aires) and FACALQA, in addition to the international support of G2E and ICE. 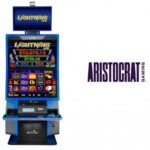 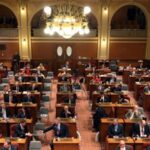