Alan Burak, Vice President of Monografie, spoke exclusively with Yogonet at the close of SAGSE Miami 2022, an event that gathered more than 300 executives, casino associations and industry businessmen this week at The Casino @ Dania Beach in Florida.

Over three days, the organization delivered a new model of short talks —18 minutes per speaker—, which made the event more dynamic and effectively drew the visitors’ attention, and at the same time, the promised networking spaces multiplied, a fact that was highlighted very positively by most of the guests.

“We are really very pleased with the results of this second edition in Miami. We would like to thank the companies that accompanied us this year, as they were fundamental for the realization of the event, and we are very grateful to the participants: top executives who traveled and committed themselves to this meeting. Many also agreed that the proposal was the right one, highlighting that this model complements very well the sector’s major trade fairs, which encourages us to move forward with more enthusiasm than ever,” explained Burak at the end of the third and last day of the event.

“SAGSE is a brand with 31 years of history, in which we have lived through great changes and, particularly in recent times, we worked hard to keep contact between all the key players in the sector, in the expectation of a prompt reactivation after the pandemic. Our last edition in Buenos Aires reflected this process of returning to normality, and this second edition of SAGSE Miami reaffirms this concept, and allows us to close a very positive year as organizers, already thinking about what we can generate for the industry throughout 2023. This success positions us as great creators of original proposals in Latin America,” added the organizer.

“I particularly want to thank Giorgio Gennari Litta for his trust and unconditional support, because beyond being the founder of this company, he is always involved in all SAGSE proposals, despite not being able to join us in this edition in Miami,” said Burak in his closing remarks on Thursday afternoon.

On day two, guests were invited to the facilities of the Jai-Alai court, where an after-party sponsored by BetWarrior was held, with a demonstration between four Jai-Alai teams, and prizes were raffled among the attendees.

The organizers also offered a very exclusive VIP party at the S3 – Sun Surf Sand in Fort Lauderdale, sponsored in this case by Play’n GO, which lasted until late into the night.

The organizers thus closed a new edition in the United States, anticipating that SAGSE Miami will be held again next year, more precisely in August 2023. 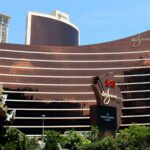 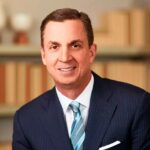