he San Manuel Band of Mission Indians is rebranding the San Manuel Casino, in Southern California, to Yaamava’ Resort & Casino at San Manuel, announced the tribe and the San Manuel Entertainment Authority (SMEA) on Friday.

The change comes as the casino faces a major expansion project with hotel and resort, set to open in December 2021. On a press release, the tribe described the rebranding and expansion as “a milestone moment introducing a new era in Southern California gaming and hospitality.”

SMEA is set to continue to serve as the owner and operator of the gambling facility and resort, while the name change will allow the tribe “to pursue additional growth opportunities” and serve the community under the San Manuel Band of Mission Indians enterprise.

“Today marks a new chapter of rebirth and boundless potential, so we have given our property a new name –Yaamava’– the Serrano word for ‘spring,’” explained San Manuel Band of Mission Indians Chairman Ken Ramirez.

The venue started 35 years ago as a bingo hall, evolving into a premier gaming destination in Southern California. The current three-phase expansion project saw the casino adding new slot machines earlier this year, bringing the total to more than 6,500, as well as adding a high-limit gaming room, three retail shops, and new bars and restaurants.

The now renamed Yaamava’ Resort & Casino is set to open its new 17-floor hotel this December, which features 432 guest rooms, including 127 spacious suites, as well as a pool deck with seven private cabanas, a full-service spa, and additional culinary options.

As a result of its growth as an enterprise, by the end of 2021 the tribe will employ more than 6,000 team members, thus making it a top-10 private employer in Southern California’s San Bernardino County.

“Yaamava’ Resort & Casino will redefine the thrilling experiences our guests have become accustomed to and provide the highest level of service excellence in the casino and hospitality industry,” said the venue’s General Manager Peter Arceo. The casino will also debut a 2,800-seat entertainment venue next year.

As part of the rebranding, Yaamava’ Resort & Casino at San Manuel is presenting a new visual identity and logo, inspired by the ancestral lands of the Serrano people. The logo takes the form of yucca plant fronds in a woven basket pattern, “symbolizing an important aspect” of the tribe’s history in the region while paying homage to its culture and heritage.

The tribe has also unveiled the casino’s new digital hub. The website offers a look at what’s to come for hotel rooms and suites, amenities, entertainment options and gaming offerings. The Yaamava’ mobile app is also available for download via Apple’s App Store and Google Play Store for Android, while media handles have been updated to @Yaamava. 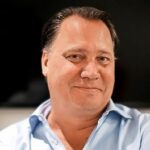 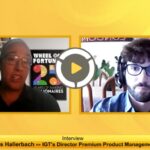