Things have heated up between Shannon Courtenay (6-1, 3 KOs) and Ebanie Bridges (5-0, 2 KOs) as the two have engaged in a war of words leading up to their title fight on Saturday, April 10th.

Although Bridges is winning the battle of trash-talking, Courtenay has gotten in a few shots, too. Once inside the ring, they will battle for the vacant WBA women’s bantamweight title. Can Courtenay win as expected, or will Bridges get the last word by pulling off the upset?

This world title fight takes place at the Copper Box Arena in Queen Elizabeth Olympic Park, UK. It can be seen on either Sky Sports or DAZN.

The following odds are courtesy of the Bovada’s online sportsbook:

Courtenay enters as a large betting favorite with odds ranking from -650 to -1000. That’s a big jump from her opening line of -400. It’s the second fight in a row that she is the favorite since being the underdog against Ball last August.

Bridges enters as a large underdog with odds ranging from +400 to +700. Those odds have increased since her opening line of +275. The over/under is set at 7.5 rounds with the over being slightly favored. There are numerous boxing prop bets available as well.

Bridges is making a quick turnaround, having fought less than a month ago when she defeated Carol Earl via unanimous decision. She’s unbeaten in her career and is looking to pick up her biggest win to date.

Heading into this weekend’s bout, Bridges has certainly won the war of words. From social media posts to media interviews, Bridges has been masterful in her taunting of Courtenay. She’s also been very creative in her comments about beating Courtenay on Saturday:

“I feel like if I beat Shannon Courtenay I’ll go down as a f—ing folk hero in the UK because everyone is DM’ing me asking me to knock her out.”

Bridges even mentioned that Courtenay may just end up “looking like a smashed crab on a rock.” It’s quite the visual… Two of her five pro wins have come via TKO/KO which is a 40% knockout rate.

For Courtenay, she’s looking to prove that the loss she sustained to Rachel Ball last August was an anomaly.

She’s also looking to silence Bridges and all of her trash talking. Shannon has blocked Bridges on social media and has done a good job with not getting too involved in a war of words.

But she isn’t staying completely quiet either. Courtenay has taken a few shots of her own at Bridges:

“She’s a good fighter. She’s come forward and aggressive. Stylistically it’s going to be a very good fight. I’m going to win…She likes to stand and trade and I like to stand and trade. I just want to fight… If she wants to burn her energy and time on social media, then let her do that.”

Courtenay last fought in December and beat Dorota Norek via TKO in the seventh round. It was a solid performance in a fight where she bounced back from her loss to Rachel Ball last August.

Shannon was supposed to fight Ball in a rematch, but Rachel has been struggling to overcome a few health-related issues. Three of Courtenay’s six pro wins have come via TKO/KO which comes out to a 42.86% knockout rate.

The Value in Over/Under Betting Here

This fight is scheduled for 10 rounds. Neither woman has been stopped in a fight. Bridges hasn’t even lost yet in her career. In 12 total fights, these two have gone the distance seven times.

I expect this fight to go the full 10 rounds. I don’t see either lady getting a TKO/KO win. Take the over, which still has value even at -135 odds.

Who Wins the Vacant WBA Title?

This title has been vacant for nearly three years. So, whoever wins this fight will certainly bring the belt back to life and defend it on a regular basis.

Bridges probably has the edge in speed and power, but Courtenay seems to be the more polished and technically smooth fighter. She also has a tough chin and is good at counter punching, which she will get plenty of opportunities as I expect Bridges to be the aggressor.

As mentioned, I believe this contest will go the full 10 rounds. As for the winner, I believe Courtenay is going to pick up the victory via decision. I think she will outpoint Bridges in what could be a very entertaining and competitive fight to place bets on. 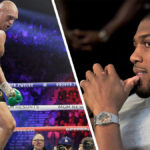