The Favorites had a strong Week 10 performance as they went 11-2 SU and 7-5-1 ATS. That’s two straight weeks of dominating the Underdogs. For the season, the Favorites are now 98-46-1 SU. However, they’re still down overall against the spread at 66-77-2.

After a few weeks of coming out victorious, the Over failed to cover in Week 10. It was the Under that came away with an 8-5 record. On the season, the Over is now 78-67-1.

Let’s huddle up and take a look at the best bets for Week 11 of the 2020 NFL season. Betting odds are courtesy of BetOnline.

In Week 10, we had a strong performance going 3-1 with the following NFL wagers:

If it weren’t for a ridiculous Hail Mary play at the end of the Cardinals vs Bills game, I would’ve gone 4-0 last week. That miraculous play was a disappointment in more ways than one. Well, that’s unless you are a Cardinals fan or you have Murray and Hopkins on your fantasy football team.

Thanks to the Colts scoring 34 points, the TNF game vs the Titans covered the 48.5 point Over/Under. The Dolphins and Chargers also combined to go Over 48 points as Miami won 29 to 21.

Lastly, I said Tom Brady was going to be angry and the Panthers were in trouble. I also stated that Tampa would easily win by more than a TD and they did. The spread was Tampa -5 points and they ended up winning by 23 points.

Furthermore, Brady threw for 341 yards and 3 TDs. He bounced back from the embarrassing performance against the Saints in Week 9.

The spread for this game has seen a lot of movement this week. It opened with the Packers favored by a field goal and then sharply moved to the Indianapolis Colts favored by 2.5 points two days ago. Now, the spread is Indy by a point.

That’s good for those of us who believe the Colts will win. Now, Indy just has to win the game by more than a point in order to collect on this bet.

The reason why I feel the Colts will win this matchup is due to their defense. They only allow 19.7ppg, which is 4th best in the league.

Furthermore, Green Bay is a pass happy offense at 286.5 ypg which is 6th best in the NFL. The Colts only allow 214.9 passing yards per game, which is 2nd best in the league.

I believe the Colts will limit WR DaVante Adams’ impact on this game and force Green Bay QB Aaron Rodgers to throw to the team’s other, and less talented, receivers.

I also believe that the Colts will shut down the Packers rushing attack as they’re the 3rd best run stopping defense in the NFL at 91.8 ypg.

On the flip side, Philip Rivers and the Colts offense will score on this Packers defense and they should be able to pull away late in the game.

There are a few reasons why I like the Atlanta Falcons to cover this weekend. First and foremost, I don’t trust Saints backup QB Jameis Winston. He will be replacing Drew Brees for a few weeks and I don’t have confidence that he can win the game. In fact, I think he will hurt this offense.

Furthermore, the Saints only average 3 points per game more than the Falcons on the season (30.1ppg to 27ppg). Additionally, Atlanta only allows 4.2ppg more than the Saints at 27.9ppg to 23.7ppg.

Yet, in the last 10 head to head meetings between these divisional rivals, the Saints average 26.4ppg and the Falcons average 25.2ppg.

Where I believe Atlanta will have success is passing against New Orleans. The Saints allow 250.9 passing yards per game and the Falcons average 305.1 passing ypg, which is the 2nd best in the league.

Atlanta has gone 2-0 SU the last two years following a Bye Week, which they’re coming off a bye in Week 10. Also, New Orleans is just 3-5 ATS as a favorite this year.

Not only do I believe that Atlanta can cover the five point spread, I also believe they have a shot at winning the game outright.

Patriots Lead at Halftime Over Texans

Don’t look now, but the New England Patriots are starting to gain some traction on the season. They’ve won two straight games including a 27-17 victory over the Baltimore Ravens, which was easily their best win of the season. The two consecutive wins snapped a four game losing streak.

Last week, the Patriots led at halftime 13-10. This week, I believe they will be leading at halftime over the Texans.

Houston is not a good team despite having a great young QB in Deshaun Watson and a franchise defender in JJ Watt. This team has been atrocious for most of the year, which has led to their head coach being fired in October and a 2-7 record.

Not only do I believe the Patriots will lead at halftime, but I also believe they will win this game by a touchdown. The big reason why – Houston’s rush defense.

New England’s primary weakness on defense has been stopping the run as they allow 129.2 rushing ypg. The Texans have one of the worst rushing attacks in the NFL at just 87.9 rushing ypg.

With a strong secondary to blanket the Texans’ receivers, combined with a non-existent Houston rushing attack, the Patriots should have a lot of success on both sides of the ball in Week 11.

Steelers Up by a TD at Half vs Jaguars

The Pittsburgh Steelers are a double digit favorite this weekend at Jacksonville. This matchup “pits” one of the best teams in the league, and the only undefeated squad, against one of the worst teams in the NFL.

Bottom line, no matter how you look at it, the betting trends heavily favor the Steelers. And, the team stats also heavily favor Pittsburgh.

All week long, the Steelers have been saying that they respect Jacksonville and that they won’t look past them. I expect that to be the theme for at least the first half as Pittsburgh comes out roaring.

In nine games this year, the Steelers have led at the half seven times. In some cases, they had a double digit lead by halftime.

With how poorly they played against the Cowboys two weeks ago, down big at halftime, and a chance to extend their lead on the Ravens and the rest of the AFC’s top teams, I expect Pittsburgh to play great in the first half this weekend and lead the Jaguars by at least a touchdown. 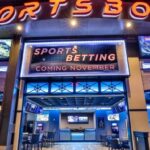 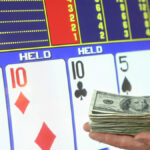