This article was written prior to the Steelers versus Ravens Week 12 game that was pushed back to 3:40PM ET on December 2nd.

The Unders came away with another win, which marks the third straight week. The Under went 9-6 in Week 12 and is closing the gap as the Over holds a record of 90-82-1.

Let’s huddle up and take a look at the best bets for Week 13 of the 2020 NFL season. Betting odds are courtesy of BetOnline.

In Week 12, we had a solid performance going 3-1 with the following NFL wagers:

Like most games this season, Buffalo had a solid lead at halftime over the Chargers by the score of 17 to 6, which easily covered the three point spread.

The Cardinals also held a lead at halftime in Week 12 as they were up 10 to 7 against the Patriots. Thankfully, we went with the halftime spread and not the game spread because Arizona ended up losing on a last second field goal.

Lastly, the Seahawks beat the Eagles by six points, which technically is a “touchdown.” Although many bettors lost because of Philly scoring a last minute TD and a 2 point conversion, we won because we had Seattle at -5 points.

Saints Beat Falcons By a FG

These two teams just played two weeks ago and the New Orleans Saints won by the score of 24 to 9. I had picked the Falcons to cover the five point spread, but they failed miserably. Atlanta was outscored 14-0 in the second half and lost 24 to 9.

The Saints have won eight games in a row which includes the last few contests where they’ve been without QB Drew Brees. Taysom Hill has done a solid job at QB despite being more of a runner than a pocket passer.

How the @Saints are performing since Week 4 in the NFL. h/t @TheHerd pic.twitter.com/nXsNJjIZQe

Yet, in the first matchup this year, Hill threw for 233 yards and rushed for 49 yards. He also had two rushing touchdowns which sealed the win. I expect Hill to have another solid performance in Week 13 against Atlanta.

In their last 10 head to head matchups, New Orleans is outscoring the Falcons 29.64ppg to 26.82ppg. That’s right at the 2.5 point spread. I believe this New Orleans juggernaut will pick up the divisional road win as they outscore the Falcons by at least a field goal.

Patriots Beat the Chargers in LA

The New England Patriots are in full desperation mode as they currently sit two games out of the Playoffs with just five games remaining.

New England has won three of their last four matchups including victories over the Cardinals and Ravens. Those were two games where the Patriots were listed as the underdogs.

I like the Patriots to slow down this Chargers passing attack. Furthermore, I like New England’s high powered rushing attack that averages almost 150 ypg to run all over the Chargers who allow 120.5 ypg.

In the end, I see the Patriots winning this game by one score.

Chiefs Lead by More Than a TD at Halftime vs Broncos

To say that the Kansas City Chiefs have owned the Broncos in recent years is an understatement.

In their last 10 head to head meetings, Kansas City is 10-0 SU, 9-1 ATS and outscored the Broncos by an average of 12 points per game. The Chiefs scored 31.64ppg and the Broncos scored 19ppg during that 10 game stretch.

On the season, the Chiefs score 31.6ppg and the Broncos score 19ppg. Those numbers are spot on with the averages from the last 10 head to head meetings between these two teams. Furthermore, Denver is allowing 27.1ppg and the Chiefs are giving up 21.6ppg.

I see no reason why the Chiefs don’t win this game by double digits. However, a 14.5 point spread is a lot for a divisional matchup. The Chiefs don’t always cover a spread like that against the Broncos on a consistent basis. So, it gives me cause for a small concern.

I prefer to go with the Chiefs leading by at least a TD at halftime as Kansas City has proven they can score right out of the gates. Although I believe they will easily win this game, there’s always a chance that Denver scores some garbage time points and only lose by 14 points.

Take the Chiefs to cover a TD at halftime. At worst, it’s a push.

Buffalo Beats the 49ers on MNF

This is a big game for both teams. The 49ers are trying to keep pace with the Cardinals, Vikings, and Bears for the final NFC Wild Card spot while the Buffalo Bills are trying to stay on top of the AFC East division. Right now, the Bills have a one game lead over the Dolphins.

If this game took place two weeks ago then I would say that Buffalo wins easily. However, now that the 49ers are getting some of their top players back from injuries, I believe this Monday Night Football matchup will be a lot closer.

I like Buffalo to win the game and I prefer to take their moneyline of -145 rather than the Bills to cover a 2.5 point spread. I think the game could be that close where it comes down to one or two points.

As for the winner, Buffalo has more playmakers on both sides of the ball than the 49ers do right now. San Francisco still has a few key injuries that will hinder the team’s overall success and final push towards the Playoffs.

The big reason why I like Allen is his ability to run the ball and extend plays. That will be the difference in this game. Allen has 311 rushing yards and 6 rushing TDs in 12 games so far. Look for Buffalo to pull out a hard fought win over the defending NFC Champs on MNF. 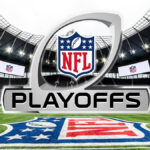 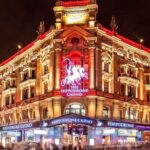