Two weeks are in the books and we’ve seen plenty of ups and downs in regards to betting on the NFL. One of the crazier results of the week was the Atlanta Falcons choking the game away against the Cowboys as Dallas came back from down 15 points with eight minutes left in the game.

With that in mind, let’s take a look at the Week 3 NFL betting lines and see where we can make some money.

If it weren’t for the Chargers, I would’ve swept my best bets for Week 2. The following picks hit:

I had picked the Chiefs to cover their spread, but that didn’t pan out. Not only didn’t KC cover, but they almost lost the game outright as they went into OT and won 23-20.

Steelers Beat Texans by More Than a FG

Right now, I don’t like anything about the Houston Texans. They have no legitimate #1 WR, an o-line that is inconsistent, and a defense that’s on the field for too long and fades in the second half.

In their first two games, Houston has allowed 33.5 ppg to the Chiefs and the Ravens. They’ve also given up 405.5 total ypg.

The Steelers are averaging 26 ppg and 395 total ypg. Additionally, Pittsburgh looks like they have a Top 5 defense that swarms after opposing QBs. PPF lists the Texans’ o-line as the worst against pressure and the Steelers defense as the best at applying pressure on the QB.

The Steelers are 4-1 ATS in the last five meetings against Houston. Pittsburgh is 5-1 SU in their last six home games.

I don’t see Houston moving the ball against this Steelers defense. Eventually, Pittsburgh will pull away late and win this game by a touchdown or more.

Bears and Falcons Over 47.5 Points

Heading into this Week 3 matchup, the Bears are averaging 22 ppg and the Falcons are averaging 32 ppg. This isn’t the typical defensive battle we’ve seen in the past. These two teams score on offense while playing questionable defense at best.

Atlanta gives up 490.5 total ypg and 39 ppg. That’s good news for a Bears offense looking to score at least the 27 points they put up in their Week 1 win over the Detroit Lions.

The Bears gave up 23 points to the Lions in Week 1 and I see this defense giving up at least that many points to the Falcons on Sunday. Chicago allows 269 passing ypg, which bodes well for Atlanta QB Matt Ryan who’s averaged 361.5 passing ypg in the first two weeks.

The Over is 5-1 in Atlanta’s last six overall games and 5-0 in their last five NFC contests. I see these two teams combining for over 50 points in this matchup, so make sure to take the over when NFL betting this week.

After how bad the Saints looked on MNF football against the Raiders, I have a hard time believing that they will beat Green Bay by more than a field goal especially without WR Michael Thomas.

New Orleans is allowing 260.5 passing ypg, which bodes well for GB’s Aaron Rodgers who is having a monster season so far.

I see the Packers taking away Alvin Kamara this game and forcing Drew Brees to beat them with an “average” cast of receivers.

For more on this game, check out our Packers vs Saints prediction.

Chiefs Getting 3.5 Points on MNF

I can’t ignore the Chiefs this week as they’re getting 3.5 points in an epic MNF clash against the Baltimore Ravens. This is a battle of the two best teams in the NFL and it should be a shootout.

This was a completed pass 🤯 pic.twitter.com/SfEVPZ3Qc4

In their last three meetings, the Chiefs are 3-0 against the Ravens. Furthermore, KC is 6-4 SU and 6-4 ATS in their last 10 games vs Baltimore.

I expect this game to be a shootout as both teams should score at least 27 points apiece. Additionally, I expect both QBs to play extremely well and put up big numbers.

Patrick Mahomes and Lamar Jackson have won the last two NFL MVP awards and a victory in Week 3 could go a long ways toward another MVP win and a potential Playoff tiebreaker at the end of the season.

Take KC, Mahomes and the points on Monday Night Football. 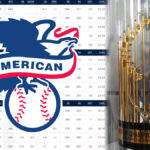 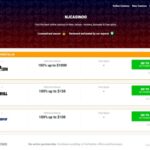