After three weeks, the NFL has to be loving how many points are being scored on average. In Week 3, eight teams scored 34 points or more. In fact, nearly half of the league scored at least 30 points or more.

What further drives this point home is that heading into Week 3, NFL teams scored more points and TDs in the first two weeks of the season than ever before. You can expect that historic pace to continue as NFL offenses are well ahead of the defenses due to having no preseason games or scrimmages.

Let’s take closer look at the Week 4 NFL betting lines and see where we can make some money.

Last week, I went a perfect 4-0 on the following NFL wagers:

Not only did the Packers and Chiefs cover their spreads, but they easily won their games outright. The Steelers pulled away late and won by a touchdown while the Bears and Falcons combined for 56 total points.

On the season, I’m 8-1 with our weekly best bets predictions.

Denver to Win Outright vs Jets

The Broncos and the Jets enter this Week 4 matchup winless on the season. However, these teams have reached the basement of their divisions for different reasons.

For the Broncos, they’re winless on the year because of injuries. They lost their #1 WR in Sutton, their top defender LB Von Miller, and franchise QB Drew Lock. Of the three, only Lock will return this season.

Additionally, the Broncos have played three teams that are predicted to make the Playoffs: Titans, Steelers and Buccaneers.

The Jets are the worst team in the NFL. However, they’ve also played a tough schedule against the Bills, 49ers and Colts, but they have absolutely no offense and their secondary is terrible.

Furthermore, the New York Jets are the worst scoring team in the NFL at 12.3 ppg, have the 29th worst passing attack at 187.3 ypg and the 27th rushing attack at 88.3 ypg. There’s absolutely nothing to like about this Jets offense.

The Broncos have played tough as they’ve allowed just 23.3ppg, which is 12th in the NFL. I expect the Broncos to make life miserable for Jets QB Sam Darnold who has 4 INTs and 3 TD passes on the year.

Cowboys and Browns to Score More Than 55pts

These two teams are averaging a combined 54.33ppg this season. Additionally, they’re allowing 61.6ppg. Over the last two weeks, both teams have scored at least 34ppg.

Dallas has no secondary as they allow 287.7 passing ypg, which is good news for QB Baker Mayfield and the Browns receivers. Dallas also gives up 127.7 rushing ypg, which bodes well for Cleveland as they have the 3rd best rushing attack at 170.3 ypg.

Cleveland gives up 274.7 passing ypg, but keep in mind that they played two anemic offenses the last two weeks in Washington and Cincinnati. They will now play against one of the most explosive offenses in the league led by Dak Prescott and his 396 passing ypg.

I see this game being a shootout as neither team is good on defense. Look for Dallas to get out to a sizable lead, but allow the Browns to hang around. Either way, we could see Dallas and Cleveland combine for over 30 points with Dallas doing the heavy lifting.

Bills up by a FG at Halftime vs Raiders

The Bills enter this game as the 3rd highest scoring team averaging 31ppg. However, it’s their first half performances that really stand out in addition to QB Josh Allen’s brilliant play this season so far.

In their first three games, Buffalo had the following scores at halftime:

The Bills have proven that they can get out to fast starts as they outscore their opponents by an average of 19.3ppg to 6.6ppg in the first half. The Raiders have only led at the half in one of their first three contests this season.

I really like Buffalo to get out to another fast start and go up by at least a FG on the Raiders at halftime. For more on this game, check out our Bills vs Raiders prediction.

Packers and Falcons Will Score at Least 60 Total Points

Combined, these two teams are scoring 70.7ppg and allowing 64.3ppg. Furthermore, in their last 10 head to head games, they have averaged 56ppg.

.@AaronRodgers12 had everything working on Sunday Night Football.#HaveADay | @packers pic.twitter.com/rDLYSCfIdN

I fully expect Green Bay to score well over 30 points in this game. In fact, I wouldn’t be surprised if they hit the 40 point mark once again.

Additionally, I do see Atlanta scoring plenty of garbage time points in this matchup just like they did against Seattle in Week 1 of the season.

The Packers do give up nearly 264 passing ypg, which is good news for Atlanta QB Matt Ryan who is averaging 320.3 passing ypg. Star WR Julio Jones is expected to return for this game and that will definitely translate into points for the Falcons.

Green Bay Packers star WR Davante Adams is also expected to return for this matchup. Both receivers missed Week 3 due to hamstring injuries.

With each team having their full arsenal of offensive weapons, I expect this game to easily surpass 58 points as they crush the 60 point mark. 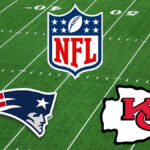 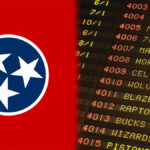