The theme for Week 8 was Underdogs covering the spread and winning outright. For the week, Underdogs went 10-4 ATS which brings their season total to 63-53-1 ATS.

Seven Underdogs won outright including three big surprise victories with the Bengals upsetting the Titans, the Vikings getting revenge against the Packers and the Dolphins beating up the Rams.

After a few weeks where the Under had gained traction, the Over finally got back to its winning ways by going 9-5 in Week 8. That brings the season total to 63-55-1 in favor of the Over.

Let’s huddle up and take a look at the best bets for Week 9 of the 2020 NFL season. Betting odds are courtesy of BetOnline.

In Week 8, we had a strong performance going 3-1 with the following NFL wagers:

The Colts scored the most points in Week 8 when they defeated the Lions 41 to 21 and easily covered a 3 point spread. Once again, the Steelers also covered a three point spread as they were the underdogs at Baltimore, but ended up winning 28 to 24.

Speaking of underdogs, the Vikings beat the Packers outright. However, I took the O/U of 52.5pts and the teams failed to go Over as predicted. They finished with 50 total points.

Lastly, the Seahawks easily covered the field goal spread as the beat the 49ers by 10. However, Seattle was up 27 to 7 heading into the 4th quarter where they took off the final 15 minutes and were outscored 20 to 10.

With a solid Week 8 in the books, we’ve now improved our season total to 21-9 heading into Week 9.

Seahawks and Bills Go Over 55 Points

I really like the Over/Under for this game as we have two explosive offenses that will look to put up points with aggressive passing attacks.

Russell Wilson is averaging over 307 passing yards per game and the Bills are giving up 236.1 passing ypg. Yet, Josh Allen has the more favorable matchup as Seattle’s secondary gives up 366.4 ypg which is the worst in the league. Allen throws for nearly 275 passing ypg.

I expect both QBs to do well and for both offenses to flirt with 30 points apiece on Sunday.

For the season, the Seattle Seahawks lead the NFL in scoring at 34.3ppg. The Bills average 24.8ppg. That’s a combined total of 59.1ppg, which is four points over the O/U of 55.

The last time the Bills had a home game against the Seahawks. pic.twitter.com/EBfkdW9gej

Seattle is giving up 28.4ppg and Buffalo is allowing 24.9ppg. That’s a combined total 53.3ppg allowed by these two teams, just slightly below the O/U of 55. If you can find the O/U below 55 total points then jump on it right away.

Ravens Lead at Halftime Over Colts

It’s now or never for the Baltimore Ravens as they have lost twice this season to top teams: the Chiefs and the Steelers. They can’t afford to drop a third loss in the first half of their 2020 slate especially to another potential Playoff contender.

Last weekend, the Ravens got out to a 17-7 lead against Pittsburgh before losing to their divisional rival by the score of 28 to 24. In fact, in their last four games, the Ravens have had a commanding lead at halftime.

I think the Ravens will continue that trend this weekend as they jump out to a lead in the first half.

In their last 10 head to head meetings, the Las Vegas Raiders have gone 6-4 against the Chargers. Furthermore, they have won two in a row against Los Angeles and lead the all-time series with a 65-54-2 record.

There are two main reasons why I believe the Raiders will head into Los Angeles, a former home for this team, and beat the Chargers outright.

First, the Raiders have one of the top rushing attacks in the league as they average 127 yards per game with the dynamic Josh Jacobs leading the way.

Ok due to popular demand I will only play this video once a year the week of the #Raiders at the #Chargers going forward. Last win in San Diego. #RaiderNation pic.twitter.com/CTmec42UyC

The second reason why I like Las Vegas this weekend is that the Chargers have one of the worst offensive lines. And, we’ve seen the Raiders defensive line have success this season. Last weekend, they completely shut down the Browns offense by holding them to just 223 total yards.

I am a big fan of Chargers QB Justin Herbert and I believe he will give this team a fighting chance. But, in the end, I expect the Raiders to win the battle of the trenches on both sides of the ball and pull out a hard fought divisional victory.

I never get excited to take double digit spreads, but it’s really hard to ignore this one. Have you seen how bad the Cowboys are?

The Pittsburgh Steelers have one of the best defenses in the NFL and they will harass whichever QB Dallas trots out there on Sunday. Since Dak Prescott suffered a season ending injury against the Giants, the Cowboys have lost by a combined score of 86 to 22. That’s an average of 28.7ppg to 7.3ppg.

The Steelers only give up 241.1 passing ypg, but I doubt the Cowboys will even reach that mark this weekend. Conversely, the Cowboys give up 170.9 rushing ypg which bodes well for Pittsburgh’s rushing attack led by James Conner. 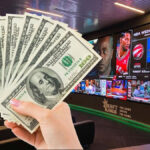 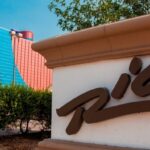