If someone stops you in the street and asks: “Where did you get that top?”, you know you must be wearing something with plenty about it.

There are many elements which must come together to make the best football shirts, and we’re desperate to have a look at some of the best kits of all time.

It could be the design.

It could be who wore it.

It could be the trophies that were won in it.

Adidas and Newcastle in the late nineties was a match made in heaven. Those iconic black and white stripes combined with the locally brewed Newcastle Brown Ale sponsor made one of the best shirts the Premier League has ever seen and will be remembered forever.

Any World Cup winning shirt is unforgettable, but this home shirt from Germany is simply timeless. Incredible from Adidas once again.

Umbro kits. We need more Umbro kits in the Premier League. This home classic for United including THAT collar is just so clean.

Probably one of the trendiest grey away shirts to grace English football in the early 90s. The pattern is marvellous and will be remembered fondly by Liverpool fans who saw their side pick up the Charity Shield in ’89.

One of the most controversial ‘shirts’ of recent memory saw Cameroon rock up to a World Cup without sleeves. Eventually FIFA made them stitch some on, but the images live on for all to see. Many don’t have the physique to pull these off.

Dortmund have blessed us with some excellent shirts over the year, but their relationship with Nike in the nineties really was a thing of beauty. This shirt from ’97 has more electric yellow vibes but is still immaculate viewing.

Brighton and Hove Albion away 1991

You would never really associate Brighton with a red shirt, but this classic from the early nineties brings back plenty of memories for their fans. They may have lost the 91-play-off final in this kit, but the beauty of the kit more than makes up for it.

One kit that perhaps goes under the radar here. We rarely see teams brave it with a chocolate-coloured shirt, but this is absolutely fantastic from Nike.

Diego Maradona’s iconic number 10 shirt at Napoli. This kit is pure art, and much neater than what we see from the Italians these days. Impossible to forget the player and the top.

Perhaps this shirt is remembered for all the wrong reasons, but in our eyes, it is still special. Adidas nailed it for the 2006 World Cup, and it would have been spectacular for the French to lift the trophy in this top.

It’s impossible not to think of absolute giants of the game while looking at this timeless Brazilian shirt from Nike. Rivaldo, Ronaldo, the list goes on. Love.

Have we missed any obvious contenders that should be on our list of the best shirts of all time? 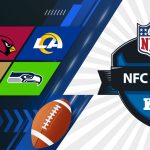 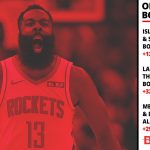