In 2020, the prominent poker room GGPokerOK launched several innovations and new features. They have recently become real trends in the online poker industry. One of the innovations that went relatively unnoticed was the appearance of a new game currency. Cash Game Dollar is denoted by the abbreviation C$.

The cash game currency was initially introduced on November 28, 2020. The newly implemented cash dollars can be used for playing online poker omaha and No-Limit Holdem games. Let us have a closer look at this issue.

C$ is similar to T$ (tournament dollar). Both currencies do not expire but cannot be instantly converted to dollars. They can only be used to participate in qualifying events in which players can convert their C$ or T$ into real dollars. One C$ equals one USD. You can use C$ to pay for buy-in in cash games. The new currency is displayed in a pop-up window when you enter the selected game.

Where can you use C$?

You can use cash game dollars in the following games on GGPokerOK:

Players can choose how to pay for the buy-in – either using USD or C$ balance. If necessary, you can even combine currencies if there is an insufficient amount on your balance. The game will primarily use the C$ balance. Players have no other way to convert C$ to USD other than to actively use them at the cash game tables. C$ bets will be returned to the same player in C$. Jackpot fees and the rake are charged from C$. Therefore, your C$ balance will be decreasing over time.

If you win a game against a player who used C$, your winnings will be credited in USD. In January 2021, all daily leaderboards for Texas Hold’em, Rush & Cash, Short Deck and Omaha will be paid out in C$. Gamblers will need to convert their winnings into a cash balance before withdrawing.

In 2021, a new GGCare function has already been launched on GGPokerOK. It helps unlucky players to return some money. Therefore, all cash game participants (Omaha, Hold’em, All-in or Fold, Spin and Go, Rush & Cash, and Short Deck) who experienced a suck out, bad beat, or cooler will be automatically registered in a daily Flipout tournament with a prize pool of $30,000, which will be held the following day. In January, GGPokerOK will distribute $930,000 on GGCare.

The starting stack size in freerolls will depend on the player’s bad luck, which is determined by a special algorithm. The more unlucky a player is the more starting stack he/she will receive. You can always check out unlucky hands in the PokerCraft timeline. The results of Flipout tournaments can be found both on the “My Tournaments” tab and PokerCraft.

It should be noted that rewarding players with prizes for bad luck is not a new concept. Many poker websites ran “Bad Beat Jackpot” promos for unlucky gamblers. And now a similar promo has been launched on GGPokerOK. 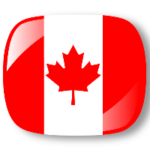 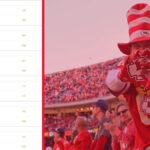