In the months leading up to the NFL season, many were wondering how the league would be able to pull off playing a full 17-week (plus playoffs) schedule amid a pandemic. COVID-19 wasn’t much of an issue for the NFL through the season’s first three weeks, but now the league appears to have its first potential outbreak.

The Minnesota Vikings, who played the Titans this past Sunday, have also closed their facility and shut down all of their in-person activities for the day. However, the Vikings say that they have received no positive tests as of Tuesday morning.

In a statement, the Titans said,

“Out of an abundance of caution, the organization has decided to work remotely today as we follow NFL protocols related to the COVID-19 virus.”

Through contact tracing, the NFL has identified 48 members of the Vikings that may have come into close contact with the eight members of the Titans’ organization that tested positive. The Vikings will not be allowed to return to their team facility until all test results for those 48 people have come in conclusively. The league is discussing potential alterations to the schedule and other contingency plans.

Per sources, Vikings won’t be back in their facility until all of their test results are in. League contact tracing has identified 48 close contacts with the eight people who tested positive in Tennessee. Contingency/rescheduling plans are being discussed, obviously.

The Titans are slated to host the Pittsburgh Steelers this coming Sunday, while the Vikings are scheduled to head to Houston to face the Texans. Sunday’s home game for the Titans was supposed to be the first this season at which the Titans would be allowed to have fans in attendance. Just under 7,000 people are currently expected to be in the stands, which is around 10 percent capacity for Nissan Stadium. Whether the team proceeds with those plans obviously remains to be seen.

In a statement, the NFL said that the Titans and Vikings are both cooperating fully with the league “to evaluate close contacts, perform additional testing, and monitor developments…with health and safety as our primary consideration.”

The Titans have not specifically identified which players or staff members were those that tested positive. However, linebackers coach Shane Bowen was away from the team for the game against Minnesota as a part of the league’s COVID-19 protocol after he got his test results back last Saturday before the team left Nashville. Offensive tackle Isaiah Wilson is also on the team’s COVID list.

ESPN reports that the NFL has yet to make a decision about what will happen with regard to the games in Week 4. Pushing the games back to Monday or Tuesday is a possibility if the league wants to exercise maximum caution with regard to a potential outbreak.

Players that test positive must also be cleared by team doctors and undergo routine cardiac testing.

The NFL reported zero positive COVID-19 test results from the period between September 13-19. The league hasn’t released any results for the subsequent dates. 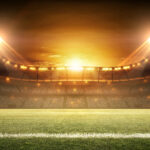