On March 13, the UFC is set to hold another exciting Fight Night card at the Apex Center in Las Vegas. The preliminary card is stacked with fighters looking to move up their respective divisions. Today, I’ll offer an in-depth Casey vs. Alrich betting pick and fight analysis.

This is the final preliminary bout of the night and should be an exciting one. Cortney Casey and JJ Aldrich are both well-rounded action fighters. Before getting into this individual matchup, I’ll quickly explain how to find the best betting site for the entire UFC: Edwards vs. Muhammad card.

Here’s How to Bet on Casey vs. Aldrich Online Right Now

The UFC has been on fire lately. Throughout 2021, the promotion has been putting on world-class events on Fight Island and the Apex Center in Las Vegas. This schedule isn’t slowing down anytime soon.

On Saturday, March 13, the UFC is set to hold another ESPN card live at the Apex Center. This event is headlined by Leon Edwards and Belal Muhammad. It’s an extremely important main event for the welterweight division moving forward.

Many MMA fans are now looking to bet on this exciting clash. Those still looking for a great online sportsbook should head over to Bovada. This site is well-known for offering some of the best odds on major MMA events online.

It offers a wide range of fantastic options to deposit and withdraw money. Fees are low and all payments are generally processed within just a couple of days.

There are some fantastic odds for this Saturday’s big fight card. Many are beginning to realize how many interesting bouts are taking place on the prelims. That includes the final preliminary fight of the night between Cortney Casey and JJ Aldrich. Bovada is the perfect place for those with a Casey vs. Aldrich betting pick to put some money down.

Here’s a closer look at this upcoming flyweight clash.

Cortney Casey vs. JJ Aldrich: Tale of the Tape

Neither Cortney Casey nor JJ Aldrich are in the top-15 of the women’s flyweight division. That could change with an impressive victory on Saturday. Many are trying to figure out who is coming into fight night with the advantage.

Here’s a look at the tale of the tape for each fighter.

Physical attributes only go so far. The numbers here don’t lie, though. Cortney Casey holds an advantage in the height and reach department. That could bode well for her unorthodox striking style and will likely affect many fan’s Casey vs. Aldrich betting pick.

JJ Aldrich is a talented striker in her own right. She is also slightly younger than Casey at 28 and may have more drive to move up the division’s rankings.

Styles make fights. A fighter can enter a bout with all of the physical advantages and still come out with a loss. Now that we know how each of these fighter’s attributes stand, let’s look at the best path to victory for both.

Casey vs. Aldrich: Paths to Victory

MMA is an extremely difficult sport to predict. Much of that is due to the huge number of ways every fight can go. Fights are chaotic and it’s not uncommon to see massive upsets taking place during UFC events.

There are some clear paths to victory for Cortney Casey and JJ Aldrich. Let’s check them out.

Casey Cortney has been competing in the UFC since 2015. She is a real veteran in the sport and holds wins over several top fighters including Randa Markos, Jessica Aguilar, and Angela Hill. She is a long, rangy striker that isn’t afraid to take fighters to the mat and look for submissions. Despite those impressive wins, she enters this bout as the +125 underdog.

Cortney will most likely be looking to stay at range on the feet. She is taller and has the reach advantage in this matchup. She tends to find success landing punches and kicks on the outside.

If Aldrich begins pushing forward with power shots, Casey could look to take her down and look for submissions. Back in May of 2020, she scored an impressive 1st-round armbar against judo black belt Mara Romero Borella. Casey winning via submission could end up being a Casey vs. Aldrich betting pick that pays off in a big way if it’s correct.

JJ Aldrich is a tough striker in her own right. Rather than picking shots on the outside, however, she tends to push forward with heavy kicks and hooks. Her most recent fight against Sabino Mazo was an exciting striking battle and one that many felt Aldrich should have won. She comes into this fight as the -155 favorite according to Bovada.

The best goal for Aldrich seems to be to pressure Cortney Casey from the opening bell. Fighters that can match Casey’s intensity (like Felice Herrig) seem to find success. If JJ can push forward with heavy shots, she will throw her opponent off her game.

Cardio could play a factor here. JJ began to fade in her most recent bout and showed some weakness defending knees from the clinch. That’s an issue she will need to address. Pressure while maintaining pace will be key here.

Cortney Casey and JJ Aldrich are two elite fighters. They might not have the prettiest records, yet both are capable of making their way to the top of the flyweight division. Both have been on the wrong side of some questionable decisions throughout their careers.

There are several different ways I can see this fight playing out. In the end, I think one factor will decide who comes out on top.

JJ Aldrich probably should be riding a two-fight win streak heading into this matchup. She looked phenomenal against talented striker Sabino Mazo in her most recent fight. Were it not for some late cardio issues, she would likely have been declared the winner.

I think Aldrich is the more talented striker in this matchup. She will be pressuring early with hard shots and won’t let Casey settle into her groove. JJ will also pay more attention to her conditioning and should be able to outstrike Cortney to earn the unanimous decision win.

Do you agree with this Casey vs. Aldrich betting pick? How do you see this bout playing out? Let me know in the comments section below. 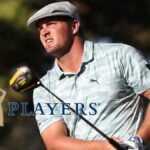