The world of MMA isn’t slowing down. On Saturday, the UFC returns with a stacked card headlined by two elite light-heavyweight strikers. Fans are now trying to figure out who will come out on top. Today, I’ll offer an expert Reyes vs Prochazka betting pick with in-depth predictions on how the action will unfold.

These two men are known for their ability to finish fights in an instant. It should be an entertaining battle. Before looking at this individual matchup, I’ll quickly highlight the best online sportsbook available to bet on this entire event.

Let’s check it out.

How to Bet on Reyes vs Prochazka Online

The UFC has events lined up on an almost weekly basis all the way through the summer. The popularity of MMA has grown exponentially thanks to this busy schedule. Many are now heading to different online sports betting sites to make bets on every event the UFC puts on.

There are a huge number of fantastic betting sites offering odds on Reyes vs Prochazka. Some are known to be better than others. I am always quick to recommend BetOnline, as it’s one of the safest internet sportsbooks in the US right now.

The odds here are always great. Unlike some other online sportsbooks, BetOnline provides a range of both moneyline bets and prop wagers on every single fight a UFC card puts on. This gives bettors some real opportunities to cash out.

Nothing better than hard-hitting action at 205 💥 #UFCVegas25 pic.twitter.com/EQWV6UsAAW

Don’t have concerns about safety. BetOnline is known for its fantastic payment options. Members here have plenty of options to both deposit and withdraw their money. Fees are always low and payments are processed within just a few days.

Looking for some great sign-up bonuses? This internet sportsbook has you covered. This site is known for providing its members with a range of fantastic promotions. That includes a 50% welcome bonus up to $1,000.

Anyone with a Reyes vs Prochazka betting pick will love this site. It’s safe, easy to use, and is providing a massive range of odds on this Saturday’s entire fight card.

Dominick Reyes vs Jiri Prochazka: Tale of the Tape

The UFC’s light-heavyweight division is loaded with talent. It’s not easy for any fighter at 205 pounds to find success. Those that rise to the top of this weight class are truly elite. This is certainly the case with Dominick Reyes and Jiri Prochazka.

Reyes is a former UFC title challenger. He seems determined to move past a recent knockout loss to Jan Blachowicz. Prochazka is a young prospect that many believe will end up being a championship contender in the weight class.

Now is the perfect time to check out the physical attributes these two men will be bringing into the cage.

Many fans are torn on who is coming into fight night with an advantage. As you can see, Reyes has the slight height advantage here. Prochazka, however, will step into the Octagon with a three-inch reach advantage.

This is a very even bout. Neither of these fighters will have any major physical advantage over the other. This means the fight will come down to who is more skilled! This is what fans are now focusing on when making a Reyes vs Prochazka betting pick.

Here’s a look at what both of these fighters will be looking to accomplish on Saturday.

Reyes vs Prochazka: Paths to Victory

There are a huge number of MMA fans well-aware of Dominick Reyes. Back in early 2020, he came extremely close to becoming the first man to dethrone Jon Jones. That performance established himself as one of the best light-heavyweights in the world.

Jiri Prochazka isn’t quite as well-known to fans. That’s likely to change with a win over Dominick on Saturday. Jiri is a tremendous striker with a huge number of knockouts over high-level competition on his resume.

Both men will come into this fight looking for a stoppage. Here’s a close look at their best paths to victory.

Dominick Reyes burst onto the UFC scene in June of 2017. He quickly earned six victories in the promotion with four of those wins coming via stoppage. Reyes used primarily striking to earn victories over his opponents.

I believe Dominick will be looking to utilize his kickboxing game against Jiri. Rather than completely relying on this skill set, however, he may want to threaten takedowns against Prochazka. Reyes showed some vulnerabilities on the feet against Jan Blachowicz in his last bout and won’t want to get picked apart like he did in that bout.

If Reyes can push Jiri against the cage from time to time, it will throw off his opponent’s fluid striking game. That will end up helping Dominick land hard shots of his own. Mixing things up will be key here. He cannot let Jiri find his groove at striking range. Dominick is coming into this fight as the +103 underdog, making him an attractive option for those with a Reyes vs Prochazka betting pick.

Jiri Prochazka’s UFC debut opened some eyes. He was matched up against Volkan Oezdemir and many felt it was too big of a test for the young prospect. Incredibly, it took Jiri less than two rounds to earn a devastating knockout in that fight.

I feel confident saying that Prochazka has the power advantage in this bout. He has earned 24 of his 27 wins via knockout. This fight against Dominick Reyes may end up being the perfect stylistic matchup for him.

Jiri will want to stay on the outside of Reyes in this bout where he can land heavy kicks and punches. He has some of the best high and body kicks in the game. If he can pressure Reyes against the cage, he can add another KO to his resume. Avoiding the grappling game of Dominick should be a focus point here. Despite this being just his second UFC bout, Jiri is listed as the -123 favorite.

This is perhaps the most exciting light-heavyweight matchup the UFC could possibly put together right now. Reyes and Prochazka are both known for being finishers. It’s no surprise that fans are anticipating an absolute war in this bout.

It wasn’t easy coming up with this Reyes vs Prochazka betting pick. A battle of knockout artists is often the most difficult to predict. In the end, I feel that one of these fighters has a slight advantage over the other.

The odds on this fight are extremely close for a good reason. It wouldn’t shock me to see either of these fighters earn a stoppage win over the other. Reyes has more experience at a high level, but Prochazka has proven to be a more devastating striker.

There is one common opponent between these men in Volkan Oezdemir. Dominick Reyes won a highly controversial split decision in that bout. Prochazka, however, scored a brutal knockout over Volkan. That ended up swaying my decision here.

I expect a somewhat tentative first round here. Things will begin to heat up in the second round and that is where Jiri will shine. He is perhaps the hardest hitter at 205 pounds and will end up catching Reyes with a knockout punch mid-way through the round.

This is going to be a stressful fight. Neither Reyes nor Prochazka wants to suffer a loss here as it will make earning a title shot considerably more difficult. Expect the first round to be tentative before an all-action firefight in the second. That is a Reyes vs Prochazka betting pick that more fans are counting on.

I believe Jiri Prochazka is poised to be a big star at light-heavyweight. His record is incredible and he is one of the best strikers in the sport. An impressive victory over Dominick Reyes here could end up proving he deserves a shot at the world title.

Make sure to head over to the top online sportsbooks today to check out all of the odds on this entire card! There are several important matchups set to take place.

Do you agree with this Reyes vs Prochazka betting pick? Who will get their hand raised on Saturday? Let us know in the comments section below! 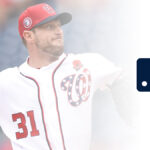 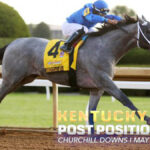