In just a few days, the UFC will return to the Apex Center with a massive fight card headlined by two elite light-heavyweights. Many are now taking a closer look at the co-main event between Cub Swanson and Giga Chikadze. Today, I’ll offer a quick Swanson vs Chikadze betting pick with predictions on how this fight will play out.

These two featherweights are at different points in their careers. Both still have the opportunity to earn a world title, though. It’s an excellent matchup between exciting strikers. Before looking at this bout, I’ll quickly explain how to find the perfect site to wager on this entire event. Let’s check it out.

Here’s How to Bet on the UFC Online

This past Saturday, the UFC held a show in front of a sold-out crowd in Jacksonville, Florida. It was a monumental moment for the sport. It ended up being one of the best fight cards of all time with a huge number of incredible moments.

The UFC is now set to return to the Apex Center. It will be a little unusual to see another major fight card held without any crowd in attendance. Fortunately, this entire event is stacked and many are looking forward to seeing how all of the action plays out.

With the fights now just days away, a growing number of fans are now looking forward to wagering on how things unfold. For these UFC fans, I would highly recommend checking out BetOnline. This site is well-known for being one of the best MMA betting sites operating today.

The traditional moneyline odds offered here are fantastic. Many also love the fact that BetOnline provides prop bets on every single fight taking place on UFC cards. They give bettors some massive opportunities to cash out.

Safety is always a concern when making sports bets online. Don’t be concerned about security over at BetOnline, though. This website has been around for many years and is well-known for offering several safe options to deposit and withdraw money.

The design of this site is one of the best you can find. It recently went under a major overhaul and is now a sleek, modern online sportsbook. It’s extremely easy to find the exact odds that you are looking for here. Anyone with a Swanson vs Chikadze betting pick will love this site. Check it out today to see all of the amazing wagering options being offered.

Cub Swanson vs Giga Chikadze: Tale of the Tape

The UFC’s featherweight division is one of the most exciting in MMA. The entire weight class is stacked with talent clawing their way to the championship. That includes Cub Swanson and Giga Chikadze, two exciting strikers with title aspirations.

There is a good reason why the UFC booked this fight as the co-main event of Saturday’s card. Most expect it to produce fireworks. Many are now trying to figure out who is coming into the bout with an advantage.

It’s always good to start by looking at the physical attributes fighters bring to the cage. Here’s a look at how these men stack up against one another.

As you can see, there is a massive size discrepancy between these two men. Giga Chikadze comes into this fight with a significant height and reach advantage. That will serve him well as a fighter known for his kickboxing. These numbers are affecting the Swanson vs Chikadze betting pick that many fans are coming up with.

From an experience point of view, Swanson has the advantage. He has been competing at a high level since 2006. Cub seems to be having a career revival and will want to use his experience to get the win over Chikadze on Saturday.

These fighters are both known for their exciting styles. Fans are expecting a war to take place between them. Now is the perfect time to discuss what both will be looking to accomplish in the cage.

Swanson vs Chikadze: Paths to Victory

Cub Swanson is a big name in mixed martial arts. He’s been involved with some legendary fights over his career. Giga Chikadze is a rising prospect with some of the best striking in the UFC’s featherweight division.

This is a difficult fight to call. Coming up with a Swanson vs Chikadze betting pick required me to take a close look at how these fighters win. Obviously, there are some clear paths to victory for each of them coming into this matchup.

Below are how I see each man approaching Saturday’s big fight.

Cub Swanson produces beautiful chaos inside the Octagon. He is elite everywhere, but tends to use his striking the most against opponents. Swanson has extraordinary technical skills but is at best when he is being creative and mixing up his techniques.

I believe that grappling will be key for Cub in this fight. He has enough skills to hold his own against Chikadze on the feet in this matchup. Rather than risk getting knocked out, however, Cub will want to take Giga to the mat where he is out of his element.

“Swinging for the bleachers!”

When @CubSwanson steps in the Octagon, you can expect a show 🍿 #UFCVegas25 pic.twitter.com/kJhPkxmr2T

Getting there won’t be easy. Swanson will need to hide his takedowns using strikes. Once he’s on the mat, however, I can see Swanson maintaining position and looking for submissions. There is no doubt that this is the best opportunity for the veteran to get his hand raised. BetOnline gives Swanson odds of +145 underdog in this bout.

Giga Chikadze is beginning to make a name for himself in the featherweight division. He has gone 5-0 in the UFC using his elite kickboxing skills. Most recently, Chikadze earned a first-round knockout over Jamey Simmons. An increasingly common Swanson vs Chikadze betting pick is on Giga winning by knockout.

Those kicks tho!? 😳@Giga_Chikadze coming into #UFCVegas25 on 5 fight hot streak! pic.twitter.com/MzXXdryMnR

There aren’t many fighters that can match Chikadze on the feet. His kicking game, in particular, is proving to be some of the best in the UFC. Giga will want to remain at range against Cub Swanson where he can land massive kicks to the body and head.

Chikadze isn’t the best grappler on the planet. He’ll want to avoid the takedowns of Cub Swanson with everything he has. Staying toward the center of the cage and blasting Swanson with hard kicks and punches will give him the best opportunity to win. Giga Chikadze is listed as the -170 favorite in this matchup.

Saturday’s UFC card is expected to be one of the most exciting events of 2021. The main event between Dominick Reyes and Jiri Prochazka should be a barnburner. Interestingly, more and more fans are now voicing their excitement for the co-main event between Cub Swanson and Giga Chikadze.

There are many different ways that this fight could play out. Cub Swanson is extremely experienced and looked incredible in his last bout. Chikadze is surging and has an incredible striking arsenal.

Coming up with the perfect Swanson vs Chikadze betting pick was difficult. In the end, I believe one fighter has the better skills to get their hand raised.

Cub Swanson still has the skills to defeat many of the top featherweights in the UFC. If he can get this fight to the mat, he has a real shot at earning a submission win. I just don’t see that happening on Saturday.

Giga Chikadze will be looking to hit the body of Swanson. In the past, Cub has found himself in real trouble against opponents with strong body strikes. After a feeling-out process in the first round, Chikadze will land a kick to the body in the second that earns him the win.

Fans are the real winners of this fight. I feel strongly that this will end up being the “fight of the night” on Saturday. Both of these fighters are hungry for a win and neither will back down without giving their all.

Make sure to head over to BetOnline to check out odds on this entire card. It’s expected to be a good one. The odds are set and now is the perfect time to place your wagers.

Do you agree with my Swanson vs Chikadze betting pick? How do you see this co-main event playing out? Let us know in the comments section below! 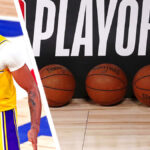 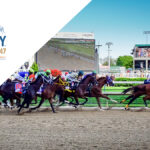