The UK Gambling Commission (UKGC) is taking regulatory action against Buzz Group Ltd, the regulator announced on Thursday. The gambling business will now have to pay a £780,000 ($1.04M) fine after a UKGC investigation revealed social responsibility and money laundering failures.

Buzz Group, which operates the buzzbingo.com brand, has also received a formal warning for a series of failures, which occurred between October 2019 and December 2020, according to a press statement on the matter. The case against Buzz Group, like other recent enforcement actions, “was the result of planned compliance activity.”

“As a regulator we expect all operators to effectively implement policies and procedures which make gambling safe and crime-free,” said Helen Venn, Commission Executive Director. “Every single gambling business should be aware that we do check that these are in place and are being adhered to. If they are not, we will take action.”

The company failed in enforcing appropriate financial triggers to identify at-risk players as they were set too high. One customer was able to deposit £22,400 in five days, without the operator conducting a meaningful interaction within that period.

Buzz Group’s systems were also not sufficient in identifying at-risk players, which led to two customers winning large amounts of money, with the operator failing to consider “the increased risk of gambling harm” to those customers despite them displaying high levels of spending.

Moreover, the company did not carry effective customer interactions with players who gambled aggressively over short periods of time, such as the case of one customer who deposited and lost £12,400 during a six-day period. The operator’s only record of a customer interaction simply stated the customer was “coping well in COVID-19,” the Commission says.

But even when a decision to interact with a customer had been made, staff did not always sufficiently follow the requirement of the operator’s own customer interaction procedure, which includes checking if the customer is comfortable with their gambling levels, if they felt in control, and then discuss responsible gambling tools and support resources.

Additionally, in one instance, the operator placed reliance on a large customer win as the SOF for the customer’s future gambling spend, without considering that it might not be recycled winnings, and that it may be the proceeds of crime.

The Commission also found multiple alerts needed to be activated before a customer AML interaction took place, which led to a case in which a customer was able to hit nine financial alerts before their account was suspended pending an AML interaction.

Lastly, the UKGC claims the operator kept “insufficient records of AML interactions with customers,” while it was also often “not clear” what had been discussed during said interactions.

According to the Commission, the licensee co-operated with the regulator “throughout the investigation” and has since taken corrective steps in an effort to address the failings identified above.

“One of Buzz Bingo’s core values has always been to put players first and protect those that are vulnerable,” Dominic Mansour, chief operating officer of digital at Buzz Bingo, said in a response to the action.

“Buzz Bingo is fully committed to ensuring it meets the highest standards of compliance across its digital platform buzzbingo.com, including its anti-money laundering and social responsibility obligations,” Mansour added.

The fine, it is being alleged, relates to “legacy issues” that have now been addressed. According to the group, Buzz Bingo has now reviewed and overhauled all its compliance measures and is confident that current policies and processes “now meet the standards set.”

Moreover, the operator has now increased its current and ongoing investment “to enhance all its risk and compliance processes” to continually improve player protection. 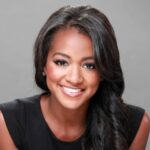 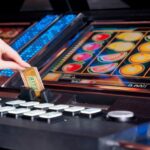